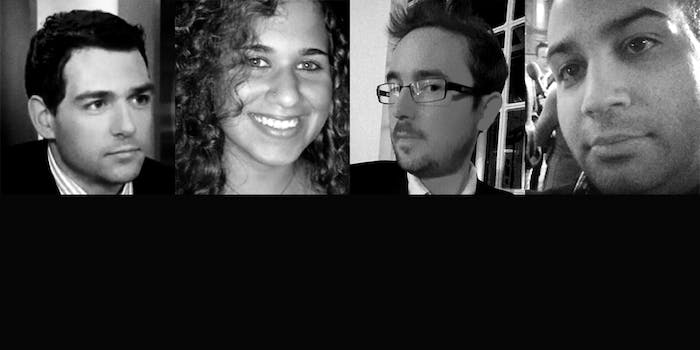 BuzzFeed does many things well, just not when it comes to Twitter, according to Nimrod Kamer.

A BuzzFeed icon. Too bad he follows too many people (2,442). No one on Twitter can be taken seriously dividing his or her attention between 2,442 attention seekeers (extra e intended). @BuzzFeedAndrew clearly followed all these people just to be polite. He just doesn’t understand that Twitter is not for m8s. It’s more like an enemies with benefits mechanism than a social hub. Following back more than 500 makes you look frail and flaccid. Also, Mr. Andrew Feed has the name BuzzFeed as part of his core username. Does that mean he’s so embedded in the company he’ll never get fired? But what if he does get fired? Where do the followers go to then? Who do they belong to?

QUIZ: What Chronic Diseases Will You Get?

She too has placed “BuzzFeed” in her Twitter handle as if it’s part of her charisma and selfhood. People might think BuzzFeed bosses set up her account, but no, she did. So what made her cut her first name to Melis and stick BuzzFeed right afterw it, @MelisBuzzFeed? And how come BuzzFeed didn’t make her verified like they do to many other low-followed randoms? I put BuzzFeed before Melis and not before. @BFeedMelis is hotter. Adding injury to Instagrams, she also tends to tweet a bad pun or two, autocorrect-inspired, like the one below, which she apparently deleted recently. Quick unfollow.

Appalling case of too many tweets (41.7K) per followers (10.3K): a dire ratio of 0.247002. Harrowing. Who does he think he is to tweet so much, and not even delete each tweet quickly after tweeting to avoid the awkwardness? Carrying on, on Feb. 5, Mr. FlashboyFeed retweeted the most generic lifeless question any colleague can ask another: OK, who knows a good vegetarian restaurant in London? It was written by @TabathaLeggett (Verified, 1.5K followers), just to encourage someone from BuzzFeed U.K. called @ailbhetross to reply with some dim veggie FML choices. @BuzzFeedUK, people forget, is a travesty and a flop with only 38.5 followers and bad listicles about Essex lads and the ridic royal family. There’s a reason Gawker or Mother Jones never opened a U.K. branch.

Twitpic of my Sochi Hotel pic.twitter.com/FRV9Ldyqxy

OK, who knows a good vegetarian restaurant in London?

He has the best BuzzFeed username: @samir, but he keeps trying to get the attention of Sochi fans (embedded below) by pretending he’s in Sochi, calling it the National Lampoon’s Winter Olympics, which sounds naff. The only good line about this Olympics is the Winter Olympics of Our Discontent, which I’ve tweeted ages ago (embedded below). Moreover, Samir’s bio says he does all things social (‘I do all things social’). Unfortunately, there is only one thing social, it’s called social media. You can’t do all of it and you can’t do it twice. Using more than one platform doesn’t make it two social medias. Abrupt unfollow.

The elevator at my hotel here in Sochi looks super dangerous pic.twitter.com/f10FRHY0Ib

The winter olympics of our discontent