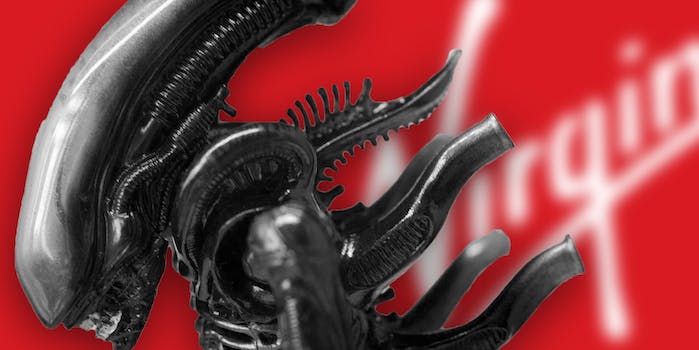 Only some of these are as realistic as chalking it up to aliens.

What was that strange object recently seen overtaking a plane departing New York’s JFK Airport? People are throwing around the term “UFO,” which is technically accurate: it’s an object, it’s flying faster than that Virgin Atlantic flight, and it hasn’t been identified.

We’ve brainstormed six possible identifications for this UFO that make more sense than “alien scout ship” or whatever your favorite conspiracy website is saying.

Oooh, scary. What could it be? Here are six actual possibilities.

This one’s pretty easy. As unnerving as it would be to imagine a drone getting this close to a commercial airliner, it’s entirely possible. Close passes have happened before. And even if this is a drone, it could be much farther away than our eyes are led to believe thanks to the tricky nature of depth of field.

The video is blurry enough that this could be a large bird spotted from a distance. Notice how the elongated shape compresses around the 0:29 mark. That’s consistent with the movement of a living creature, according to a thoroughly unscientific gut-check we just conducted.

3) A bird riding a drone

Look, the video is pretty damn blurry. This could very well be a crow riding a $1,300 DJI Phantom 3 quadcopter. We just don’t know. Crows are wicked smart. Some birds ride other birds. Drones are getting cheaper every day. If a crow started saving up, it could probably afford a Phantom after just a few years.

4) A spy plane way off in the distance

Remember: depth of field. We really don’t know how close the UFO was to the Virgin Atlantic plane. And have we mentioned how blurry this video is? It’s super blurry. For all we know, the military launched a spy plane from a secret base way off in the distance, and it just happened to align with the flight path of the commercial airliner from the perspective of the videographer.

5) A man with a jetpack flying vertically out of control

You can barely make out any details on this thing. That’s how blurry the video is. Jetpacks exist. Men exist. Men do stupid things. It’s entirely possible that someone lost control of their jetpack and raced through the sky before crashing into the JFK Dunkin’ Donuts.

The Navy is testing drones based on sharks and cicadas. Why not birds? And why not test its bird drones in the last place anyone is likely to expect them—in the airspace above the fifth-busiest U.S. airport by 2014 total passenger boardings? We’re just saying. Would you expect that? We wouldn’t.

It’s true, a few of these ideas may seem far-fetched. But they’re still all more likely than an alien scout ship.