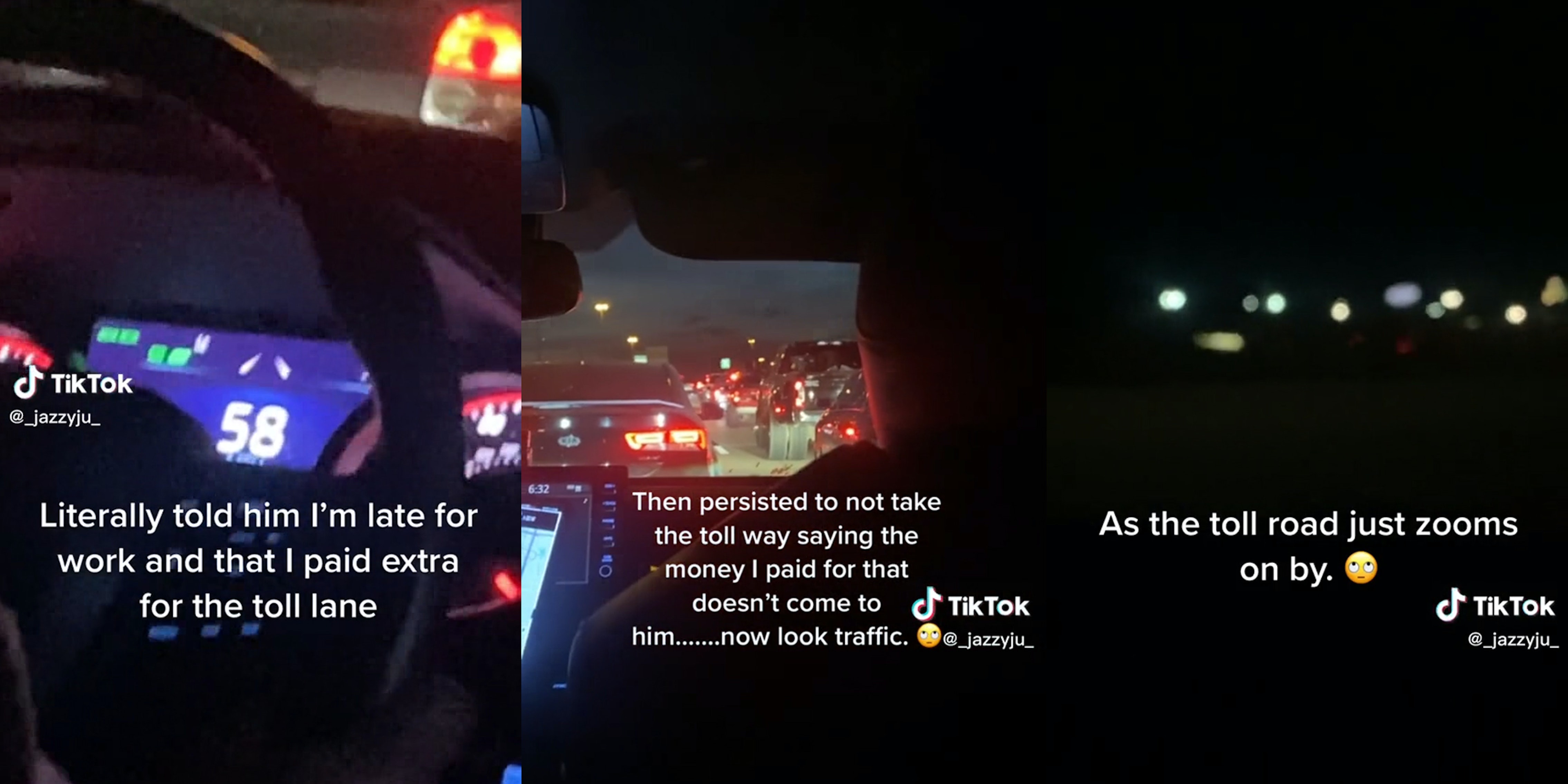 'He is probably getting money for the toll lane but doing the regular lane and pocketing it.'

An Uber customer said her driver refused to use the toll road — even after she paid extra for him to take it.

The customer, JuJu (@jazzyju), posted about her experience on TikTok, saying she booked the Uber ride when she was running late for work. Her video garnered nearly 80,000 views by Monday.

In the video, the customer sat in the backseat of the car recording how slow the driver is driving. Text overlay said, “Literally told him I’m late for work and that I paid extra for the toll lane.”

JuJu said her Uber driver refused to take the toll lane, claiming that the extra money she paid does not go to him — so he would still have to pay for the toll out of his own pocket. Because he wouldn’t take the toll, the two had to sit in traffic. She showed the car’s speedometer, which barely reaches 60 miles per hour.

“He does get the toll…,” one viewer commented.

“He is probably getting money for the toll lane but doing the regular lane and pocketing it,” a second wrote.

A third said, “He literally does get the toll fee… dude just pocketed that. 1 star, removed tip.”

Some users guessed that the driver was intentionally prolonging the trip because he gets paid based on how long each trip is.

“I think the longer the job takes the more money he gets?” one user said.

Another wrote, “My driver last week missed the exit and the loop around added an extra $21 to the bill. Never disputed something so fast.”

Others urged the customer to give the driver a bad review and even remove the tip she left him.

“You can remove tip,” a viewer noted.

Another commented, “It’s ok remove tip [and] give a well deserved rating.”

The Daily Dot reached out to JuJu via TikTok comment and to Uber via email.