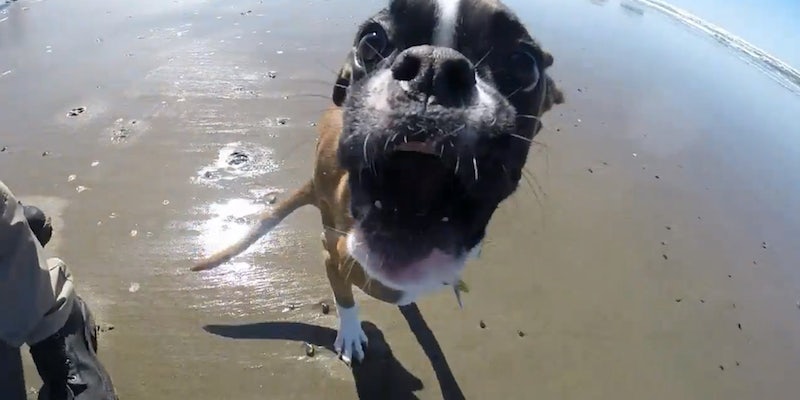 Duncan Lou Who was born with deformed back legs that had to be removed. He hates using a wheelchair.

Duncan Lou Who was born with deformed back legs that had to be removed. He hates using a wheelchair, so his caregivers at Panda Paws Rescue in Vancouver, Wash., let him strut around on his two front limbs, which is about as hilarious and adorable and [insert dog cliche here] as you’d expect.

When Duncan went to the beach for the first time, Panda Paws brought along a GoPro. “There is some slow motion in this video, but NONE of the video has been sped up,” they write. Why the warning? Because Duncan runs really, really fast. Take a look.