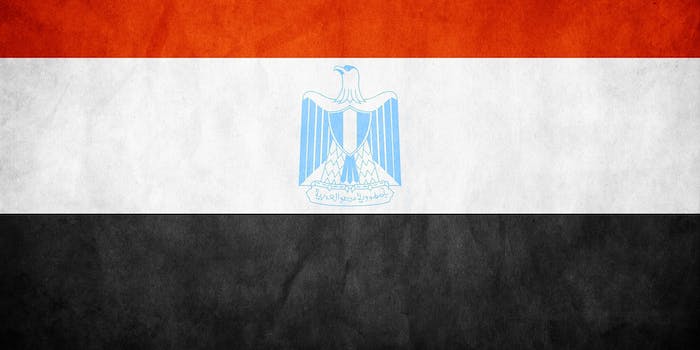 Abdel Fattah el-Sisi’s enjoyed a wealth of popularity ousting Mohamed Morsi last summer, though not everybody’s been so appreciative, both within the country and outside of it.

Conflicts surrounding an Egyptian presidential campaign being led by the man whose military forces overtook the last leader have sparked a Twitter hashtag that may end up resulting in banned social media altogether.

Last summer, Egyptian Army Chief Abdel Fattah el-Sisi led a coup to remove Mohamed Morsi from the presidency, an act brought about after Morsi’s one-year reign left the country short on security, cash, and diplomacy. Millions protested the president that June. On July 3, el-Sisi initiated a reaction, putting Morsi under house arrest and proceeding to hold him on trial.

El-Sisi’s enjoyed a wealth of popularity since, though not everybody’s been so appreciative, both within the country and outside of it. Last week, two months before the largely one-horse election to determine Egypt’s next president, they decided to speak out.

Detractors turned to Twitter, grabbing hold of a hashtag that loosely translates to “Vote for the Pimp,” to counteract pro-Sisi suggestions that voters #CompleteYourGoodDeed.

Al Jazeera writes here about the idiomatic implications of a pimped-out president. The word’s extremely offensive in Egyptian culture, in some ways for the illusions it summons in American culture: that of a showman, or, as Al Jazeera writes, “the boss of a gang.”

The hashtag’s attracted more than 100 million impressions since its creation, and brought about more thousands and thousands of posts. Footage taken Friday during rallies around the country also show protestors chanting the phrase and tagging it along walls and windows.

The demonstrations have sparked a counter-demonstration calling for the end of the hashtag and its carrier.

“Erdogan has to shut down Twitter altogether simply because they described him a thief,” added Emad Adeeb, another TV host who suggested the country follow Turkish prime minister Recep Tayyip Erdogan’s footsteps.

The African nation has a small history of bannng Twitter, turning the site black in January 2011. Two years later, the country blocked YouTube in the wake of the “Innocence of Muslims” fallout.

Photo by wisegie/remix by Jason Reed (CC BY 2.0)