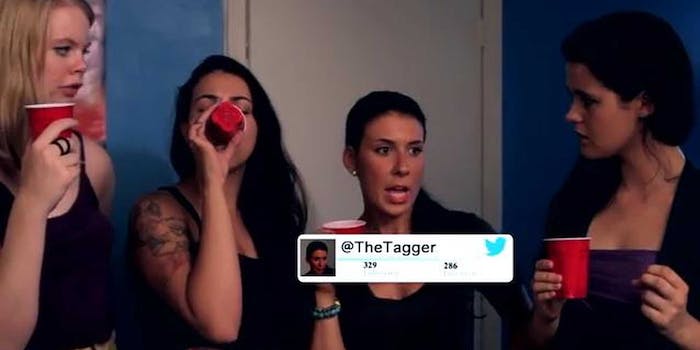 Everyone on Twitter is at the same party, and it’s a nightmare

Get us out of here.

You know that one Twitter user who pollutes your feed with hourly updates about his band? How about the guy who retweets everything without contributing a single original thought? Or the self-important “social media maven” with an e-book and a comment every 15 seconds? And the people who #hashtag #goddamn #everything?

They’re all at this party.

In his video, YouTube comedian Dave Herman explores what it would be like to interact with living versions of your annoying Twitter friends. The video focuses on Twitter newcomer @TheNewGuy attending a crowded party filled with stereotypical users.

Throughout the course of the party, we meet twits like @TheRetweeter, @TheTagger, and the super-hot @TheFacade, who’s got a website full of sexy pics for you to browse.

Get us out of here.