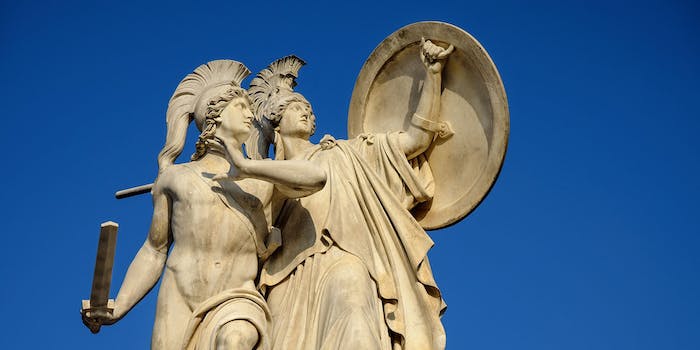 Sisyphus' simple claim to fame makes him an ideal choice for this joke format.

Sisyphus is trending on Twitter right now, not because he’s a relatable millennial icon (although he is), but because the platform’s latest meme format is all about Greek mythology.

Known for the classic Greek myth where he’s forced to roll a boulder up a hill for all eternity, Sisyphus has long been a popular reference for endless, grueling tasks. His simple claim to fame makes him an ideal choice for this joke format, where Twitter users are posting a long chain of puns about Greek mythological figures.

The trend seems to have originated with a July 2020 tweet about Orpheus and Eurydice, posted by the popular meme account “Classical Studies Memes for Hellenistic Teens.” (“I used to tell a joke about Orpheus and Eurydice, but looking back, it was not a great idea.”) For some reason that old tweet resurfaced this week, kicking off a long chain of jokes in the same format.

This is, it has to be said, a trend for dorks. Greek mythology is enough of a niche interest that people can feel smug about writing a clever pun about someone like Daedalus or Cassandra… but it’s also mainstream enough that you’ll get hundreds of retweets. In other words, it’s perfect for this kind of Twitter meme chain. And honestly it’s kind of great to see something this silly trending alongside all the grim news of the day.