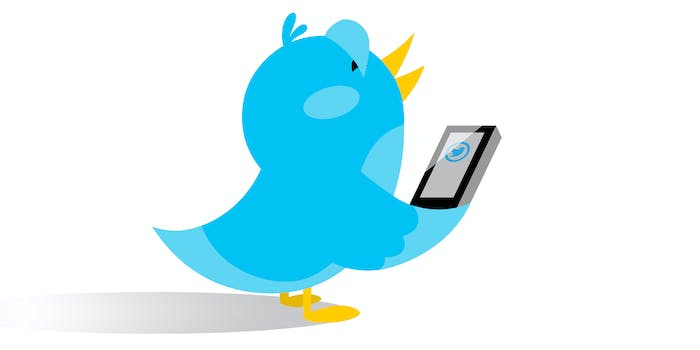 Fleets is scheduled to disappear on Aug. 3.

At some point on Aug. 3, Twitter is killing Fleets—a feature that allowed users to share posts that would disappear in 24 hours—because of low usage. But on its final day, Fleets are getting a real workout after people are deciding to finally use the feature. And, yes, some people are apparently using the feature to post disappearing nudes.

When Fleets were first announced last year, there was some hesitation in regards to how they could be used to harass others. But it was largely met with derision after being called out for ripping off Instagram Stories, which essentially had the same function. Even as it marked the occasion as yet another thing Eliza Minnelli outlived, the account ElizaMinnelliOutlives described Fleets as “basically a copy of Instagram Stories.”

On Tuesday, just hours before Fleets were set to disappear, people finally embraced Fleets, but not for the reasons that Twitter likely hoped they would. And it quickly went off the rails as people started to share anything and everything—many of them nude photos.

Some people joked about just what Twitter might encounter when it finally came to disabling Fleets, depicting them in a state of confusion, concern, and intrigue.

When exactly would Fleets disappear? While some thought it would be taken offline at midnight on Aug. 3, that turned out not to be the case. And when people in the U.S. woke up on Tuesday morning, the Fleets were still online, leaving people who posted Fleets to realize that people could still see their photos from the night before.

As of press time, Twitter’s Fleets feature is still available to use and view on the iOS app. But maybe, some joked, this was Twitter’s plan all along.

But until Twitter revives Fleets or the photos somehow end up resurfacing unexpectedly in a hack at some point, enjoy those Fleets while you still can.