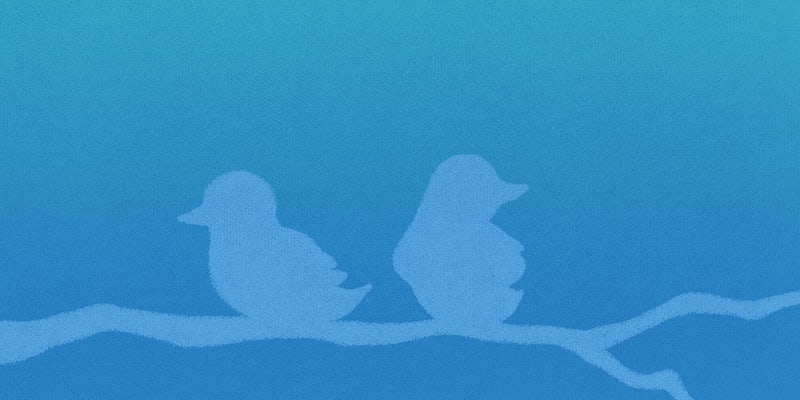 Sources could neither confirm nor deny that Alanis Morissette was involved.

Any fans of the Wikipedia article about inventors killed by their own inventions—or the phrase “hoisted by his own petard”—should get a big kick out of this: Twitter Inc. had a disappointing first-quarter earnings announcement to make on Tuesday, and had hoped to save it until after the New York Stock Exchange’s 4pm ET closing bell.

With @Selerity, a little-known “financial intelligence platform,” scooping the news nearly an hour before the stock market closed, Twitter’s investors had time to panic, driving down the company’s share price (after a brief halt) some 18 perfect by day’s end. Very cool, Internet: 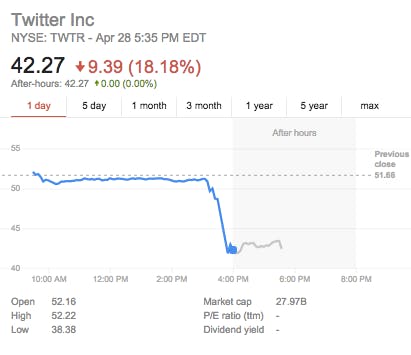 With its follower count exploding, what sounded like an actual human took to the @Selerity account to deny any and all rumors of a leak or a hack.

Selerity CEO Ryan Terpstra later told Business Insider that the relevant information “was definitely public.” In their efforts to detect breaking news, he said, Selerity had come across “a .PDF from Twitter themselves,” hosted on their own website, so they had no qualms about relaying the data to their audience. Evidently it’s not infrequent for press releases of this sort to be queued up where no human is likely to find them—but where an algorithm just might.