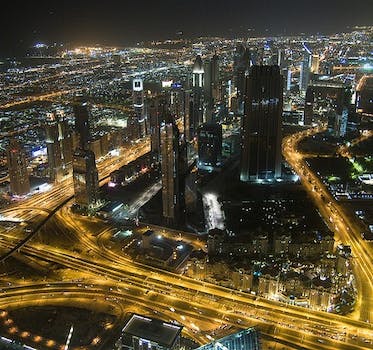 The men traveled from Dubai to Abu Dhabi to assault the man, his lawyer alleges.

A group of men in Dubai are accused of traveling 100 miles to assault a “well-known personality and famous writer” over his allegedly unpatriotic opinions on Twitter.

Dr. Mohammad Al Rokn, the lawyer for the plaintiff (identified only as J.F.) alleged that one of the men involved tweeted that “J.F. was not nationalistic enough and that he should be stripped of his nationality because of his opinions.”

“He also threatened my client and tweeted to him that he would teach him a lesson. That evidently proves that the assault was intentional and not a random fight,” Al Rokn added, according to Gulf News.

A day later, the man and four of his friends allegedly assaulted J.F.

The four Emiratis accused of assaulting J.F. and his brother pleaded not guilty when they appeared in court Tuesday. The verdict will be announced later this month.

Al Rokn claimed that one of the accused men sent threatening tweets containing foul language to J.F. The men then travelled to Dubai from Abu Dhabi to beat up J.F. and his brother, he said.

Meanwhile, Al Rokn filed a civil lawsuit claiming approximately $5,445 in compensation for emotional and physical suffering. The defendants’ lawyer, meanwhile, asked the court dismiss the lawsuit and acquit her clients, citing a lack of corroborating evidence.

Expressing an opinion through Twitter is no different than doing so in casual conversation or to an audience. The only difference here is that J.F.’s comments apparently offended men in a city almost 100 miles away.