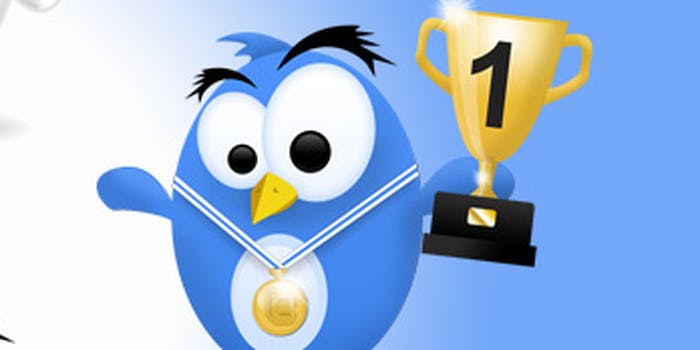 @achievementbird is a tiny Twitter experiment that’s quietly been running for months. Here's why you should use it.

Leave it to Twitter, home of the fail whale, to dress up an analytics experiment as a feel-good robot that tells you when your posts are really great.

@achievementbird is a tiny Twitter experiment that’s quietly been running for months. Twitter users can follow the chirper for a daily DM of their accomplishments, which on Twitter amounts to a couple of daily retweets and favorites. The program will also let them know when a tweet has been unusually successful, according to the Next Web’s Owen Williams: 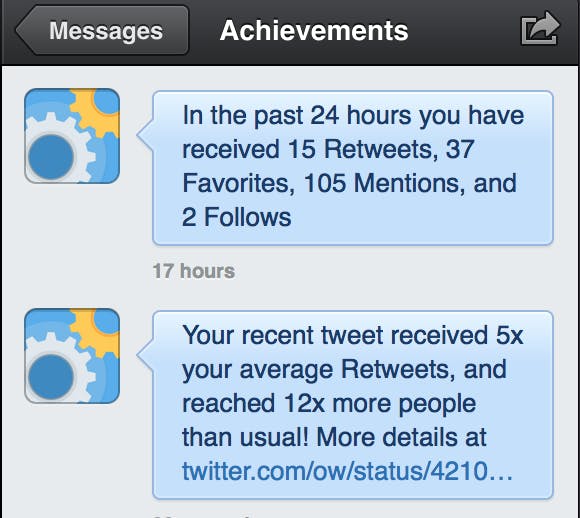 The account seems to be part of Twitter’s attempts to make its open analytics available to users after making the service public last June. To access analytics, you have to go to Twitter’s “ads” dashboard and sign in with your account. But to get daily updates on your own feed, you only need to follow @achievementbird.

@ow it’s great I’ve been using it for a couple of months. I love my daily stats DM at 5:01 haha

The service also lets users track where their tweets have been used, including a “related headlines” when you visit your link that shows you what articles and locations around the Web have mentioned your tweet. TechCrunch points out that the bot isn’t the first such Twitter experiment—two others, @magicrecs and @magicstats, were used to cull information for the analytics program. The whole thing could possibly be a rival for third-party Twitter-tracker FavStar.

Of course, there’s no tracking the real achievements of Twitter: How many subtweets did you inspire? How many people did you piss off with your tweet about hating last night’s episode of Community?

It’s these big questions that keep us coming back.