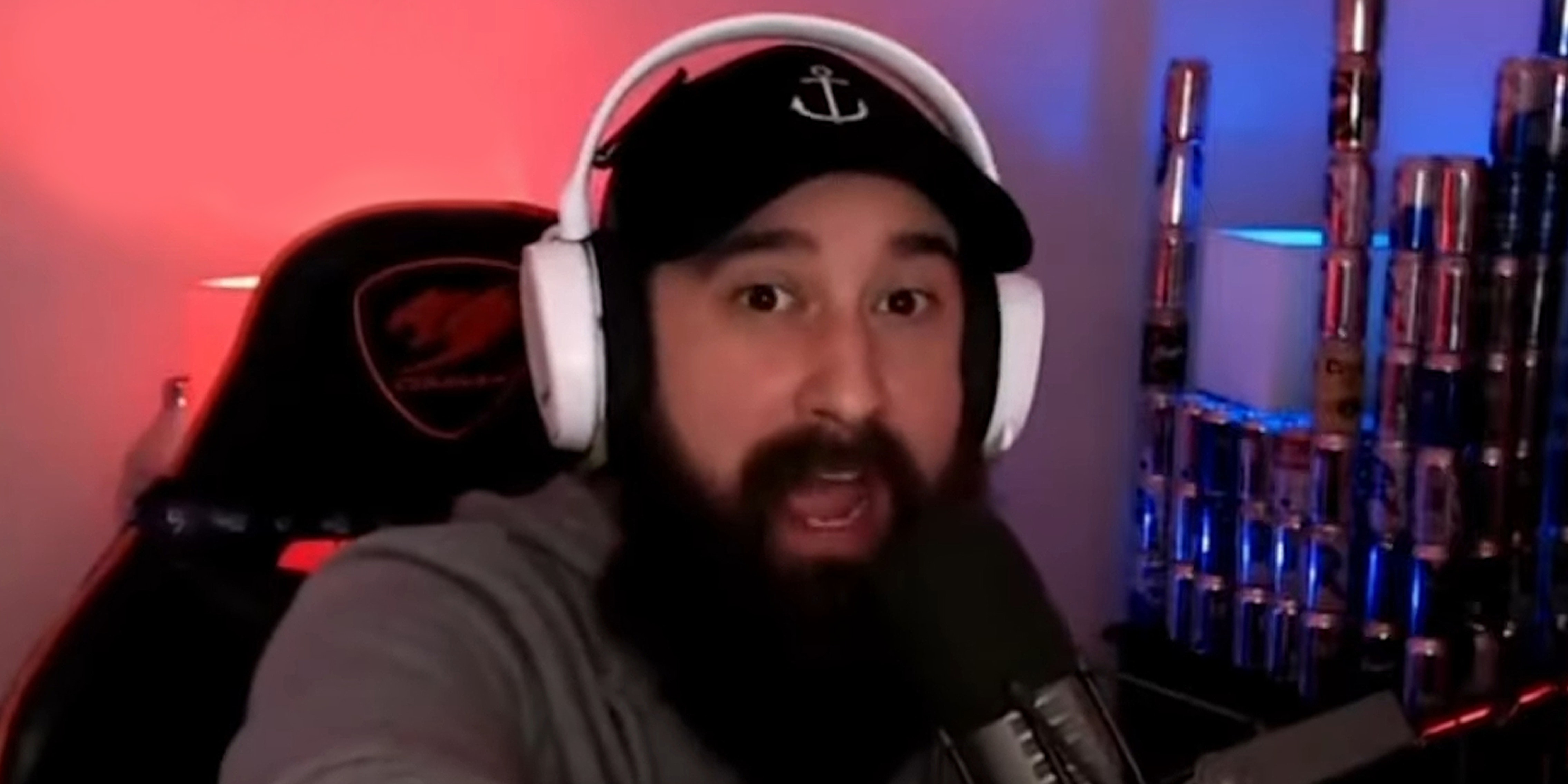 ‘I didn’t ask you to tell me the biggest f*cking bummer news in the world’: Twitch streamer berates viewer after she commented that her mom died

'I would literally never come back to his stream.'

Twitch streamer John (@WeFoundTheBody) is facing harsh criticism online for his response to a viewer and streamer named Alicia (@MissNerdyCurvy) who told him during his stream that her mom died.

John launched into expletives after hearing about the woman’s loss and informed her to never publicly divulge tragic news to someone in casual conversation.

Many critiqued John’s decision to publicly rebuke one of his viewers during a live stream and thought that his tone and approach towards Alicia were overly harsh and insensitive.

TikTok user Tiger (@lifeoftigeryt) posted a snippet of the video with some of his commentaries.

Tiger says, “So I can’t actually believe this is real, but there’s a streamer known as WeFoundTheBody and while he was screaming, he saw someone in his chat that goes by MissNerdyCurvy that he hadn’t seen in a while and so he said how’ve you been, like where have you been? I haven’t seen you in a while. Unfortunately, she says well my mom died. Which is extremely sad. And the streamer’s response was this.”

Tiger then queues up John’s response to Alicia’s comment. “Not doing that in my fucking chat,” he screams. “Thank you, well OK MissNerdyCurvy you said no that’s fine you asked so I told. No, I didn’t ask you to tell me the biggest fucking bummer news in the world I said hey what’s up how are you?”

John continues, “You know what, let me give you a little bit of a lesson MissNerdyCurvy: when something really, really bad is going on in your life and in a public forum someone asks you, ‘hey what’s up how are you?’ There are two acceptable responses: ‘good,’ and ‘you know what, I’ll make it through.’ That’s it.”

Tiger’s clip then cuts back to him talking into the camera where he references the “apology” that John made. However, Tiger remarked that it ultimately just made things worse.

John originally put the video up on his YouTube channel, titled “Something for Twitter.” However, it looks like the clip was either set to private or deleted as of this writing. Several other YouTubers, like nBURD, have offered up their commentary on the apology video and even embedded footage from it in their own response clips.

In part of his apology, John says, “My name is John, or ‘Disgusting Piece of Shit’ as some of you would prefer to call me on Twitter. Either is fine, it’s cool. It’s well known in my channel that I do not tolerate heavy news, drama, or trauma dumping if you will…the people that come to my channel often they know this…they see it all the time.”

John continued that the clip that’s circulating of him reprimanding Alicia was heavily edited and didn’t show him ignoring her “bummer” remarks prior, referencing that she had previously discussed a “potentially toxic relationship.”

John said that he had told Alicia earlier that this kind of subject matter wasn’t allowed in his chat, and he says that his strong reaction was built up from his previous dealings with the viewer.

There was one point John makes that nBURD thought made sense: “It’s not my job to take on people’s grief or drama while I’m live,” he said in the clip.

Alicia herself believes that she was also in the wrong for broaching the subject of her mother’s passing in the chat.

“I know that I’m also in the wrong a little for saying “well my mom died” in a stream after being asked where have I been but the response just isn’t it fam…” the viewer said in a tweet.

John also posted an apology on Twitter as well, where he stated: “In response to NerdyCurvy/my reaction to the news she shared in chat while I was live. My apologies to her. That was a cunty reaction. I shouldn’t have been such a douche. I was just annoyed from the repeated trauma dumping that had been happening that week. My mistake.”

Some folks penned that they didn’t believe his apology was genuine, while others wrote tweets insulting the streamer.

John, in a follow-up video, after the Twitter drama behind his interaction with Alicia unfolded, said that he was grateful it ultimately brought some people to his channel and that he hoped he would get new followers who weren’t “a bunch of whining pussies.”

Alicia posted a Twitlonger piece describing her version of events and that she wasn’t attempting to bring the energy of the chat down.