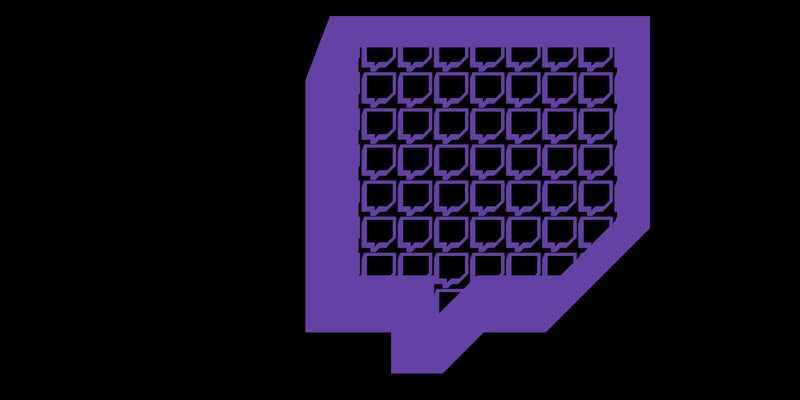 Why the Twitch deal is a win for everyone—except Google

When rumors flew last June that YouTube was interested in buying Twitch, it seemed like logical move. YouTube has been apart of gaming culture since its inception, and Twitch, with its focus on livestreaming, created an entirely new venue and medium for gamers to celebrate the art they love. If YouTube left Twitch mostly alone, it just meant more exposure and further integration between the two communities.

This week, however, retail giant Amazon bought Twitch for $970 million—a move that isslightly more confounding one. While Amazon has produced in-house a few of its own mobile games (as well as hiring Portal developer Kim Swift), it’s never really made a broad shot for gamers as a community. Even it’s Kindle Fire tablet and Fire Phone are heavily aimed at what Amazon does best: Shopping.

But in acquiring the darling site of gamers worldwide, Amazon is also giving it a lifeline. It can provide necessary infrastructure that Google just can’t match. In fact, it could be the first of many moves by Amazon to endear itself as more than a faceless corporate overlord.

One of the greatest success stories for Amazon has been it’s storied Amazon Web Service (AWS), which enables businesses and individuals to rent server space from Amazon. It’s been so successful, in fact, an estimated one percent of the Internet—the entire Internet—is hosted on an Amazon server. Servers are expensive to own and even more cumbersome to operate, making AWS a fair option for many companies large or small. Netflix, for example, operates almost exclusively on Amazon servers, and Twitch surely hopes to do the same.

While Google/YouTube is certainly not shy of server space–promising “infinite scale” to game developers for its own remote computing service–it has largely faltered at matching AWS’ company-friendly infrastructure. Cloud services in general have always been just shy of Google’s seemingly endless reach. While Google Cloud is a thing, it’s failed to capture the utility of AWS or the integration of Microsoft’s own Cloud service.

For an endlessly growing company like Twitch—which ranks among giants like Hulu and Facebook in total bandwidth share—these are integral factors for its future. Twitch has an enormous potential as a company, sprouting into an absolutely mandatory part of the gaming world. As professional gaming, better known as esports, grow all the more respected as an industry, the media battle to hosts such events is destined to be all the more competitive. But Twitch has also frequently run into bandwidth issues, especially in European markets.

If Twitch can grow unimpeded with the help of AWS and Amazon’s legal infrastructure, it can continue to rest at the top while esports and video games as a whole grow around it.

For Google, this is a serious lost opportunity. It’s unlikely YouTube can catch up to Twitch’s livestreaming success, even with its near monopoly over online video. Twitch now commands brand loyalty among gamers—when rumors swirled about the acquisition earlier this summer, many feared YouTube’s total absorption of Twitch could be dangerous to gaming communities. In fact, Forbes reports the reason Twitch and Google canceled their deal came from antitrust concerns.

Twitch has been unique in its growth because, as a user-run community, it is particularly reliant on independence. Its success has largely rested on the devotion and innovation of Twitch users. Streaming games online can often be more than a slight hobby, requiring a loyalty from its users that can best be rewarded with freedom. This is why, in a rare dust-up with its user-base, Twitch faced fire for censoring videos that may have contained copyrighted material–another effect, many feared, of a possible Youtube merger.

With a corporate giant reigning over Twitch and ruining its creative atmosphere, gamers reasonably worried that such experimental successes as Twitch Plays Pokemon could be fenced in by a company like Google, as calculated a boss as one could ever have.

By saving Twitch from the apparent clutches of the YouTube cartel, Amazon has placed itself as a savior. There’s a reason the press release from Jeff Bezos and Twitch CEO Emmet Shear swore Amazon would simply leave Twitch alone. And why wouldn’t it? Twitch is wildly successful as is, and Amazon has no serious concerns of video competition outside of the VOD market war between itself, Netflix, and Hulu.

As is true with all major acquisitions, this purchase is as much about PR as it is about providing servers for a burgeoning young company rich off the ad dollars of an impressionable demographic.

Google and Amazon have been in an “epic battle” for affection and market shares in several diverse markets, from the aforementioned cloud services to same-day shipping. Appearing as the savior to the “cool” crowd allows Amazon to at least begin looking as hip as Google, an important factor considering Amazon needs users to enter its entire sphere of services in order to be successful

Whether it will actually work is a different story, one Jeff Bezos might best ask Mark Zuckerberg to tell. When Facebook made its surprise purchase of Oculus VR last March, it was seen as a cold corporate takeover of a crowdfunded nerd darling. What was once going to be the dreammaker for a generation awaiting virtual reality was quickly in danger of being yet another annoying service to pop up in your Notifications tab.

Unlike Facebook, however, Amazon does not have as much bad blood amongst the gaming community. Unfairly or not, Zuckerberg represents the pastiche and gimmickry of Farmville and Candy Crush, mere toys compared to the epic experiences being designed for Oculus or even the most popular games on Twitch. Amazon, by comparison, is just a place to buy books and shoes.

So if Amazon’s acquisition of Twitch isn’t the nightmare monopoly proposed by YouTube, nor the tone-deaf hoarding of Facebook, it leaves itself as the savior. By combining its infrastructure with Twitch’s self-evidently profitable model, Amazon has actively created a new asset and a new look.

Whether they’ll be able to manage the often fickle consumer atmosphere that can come with gamers (go ahead and ask Electronic Arts) is a different story. But in a direct shot at the opportunism of Google, Amazon might just have saved Twitch’s day.