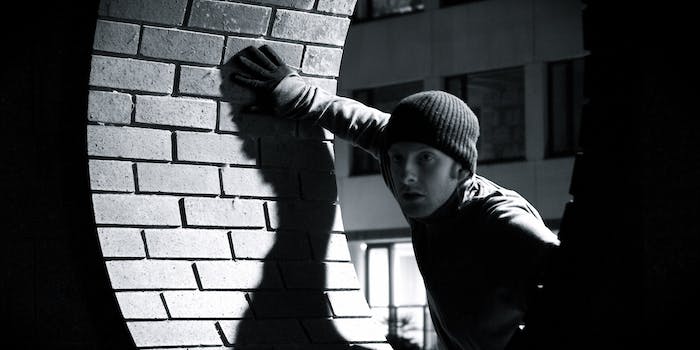 Thieves caught on tape getting their pre-robbery twerk on

The greatest heists of mice and men often employ some twerk.

The greatest heists of mice and men often employ some twerk.

That’s the lesson that 27-year-old Lindsey Riddle settled on, at least, when she returned to her Clinton Hill apartment in Brooklyn last Wednesday to find that her home had been broken into, two boxes delivered to her house had been tampered with, and items from the boxes had been stolen from her property.

Confused and a little startled, she went downstairs to check her building’s security tape. What she saw on the clip seemed to confuse her even more.

It wasn’t the man who broke into her apartment who proved so confusing, actually. It was his accomplice, this woman—this woman who twerked outside of the apartment’s front door for an entire hour before the heist. Rest breaks were had, Riddle says, “but she got right back up and dropped it like it was hot,” oftentimes on the lap of the man.

Sped-up footage from the building’s surveillance camera indeed displays the feat, as a woman in black pants and a fur count fills out a full hour of screen time shaking her tail feather, sans remorse.

Gothamist notes that Riddle has filed a report with the NYPD’s 88th precinct. Here’s hoping the mugshot’s just a shot of that booty.