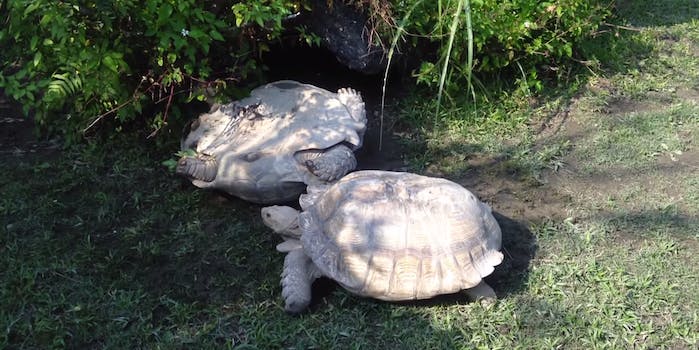 Flipped-over tortoise gets a clutch assist from his tortoise bro

The animal kingdom at its best.

These turtles have each other’s backs—literally.

According to the description, YouTube user AuDi Yi and his daughter were at the Taipei Zoo on a school trip when they spotted a tortoise on his back, helpless. Before a zookeeper could enter and flip him over, his tortoise bro stepped in to lend a hand. That’s what friends are for, right?

It’s a harrowing rescue, and the children watching it are on the edge of their seats.

The reptilian rescue occurred back in November, but it’s getting a second life after being posted on Reddit.