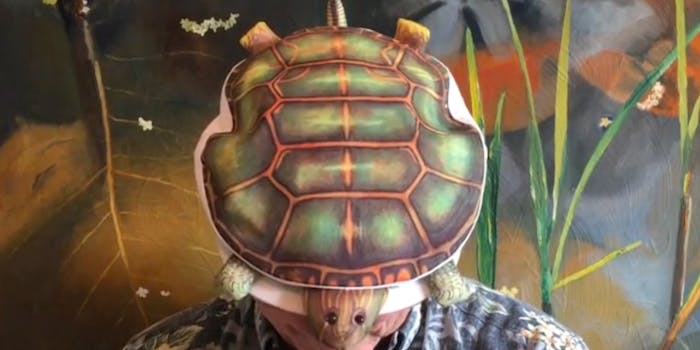 Help this dad crowdfund the dorky turtle hat of your dreams

You can finally rock a turtle on your head.

Hats, like many other types of clothing, are a form of expression. When you wear a hat that you like, you’re telling the world: “I know how to properly accessorize my head in a way that is specific to me only.”

There are many famous hats through history. There was the iconic hat that Audrey Hepburn donned in My Fair Lady.

There was the hat that Aretha Franklin wore when she sang at Obama’s first inauguration.

What Aretha Franklin's hat can teach you about our creative process. https://t.co/sXESm6QrVN

There was this hat Pharrell wore, which quickly turned into a meme.

There’s the fedora, a hat that tells the world you’re probably a fuckboy.

Adding to the pantheon of famous headwear is a man named Lynn Johnson. 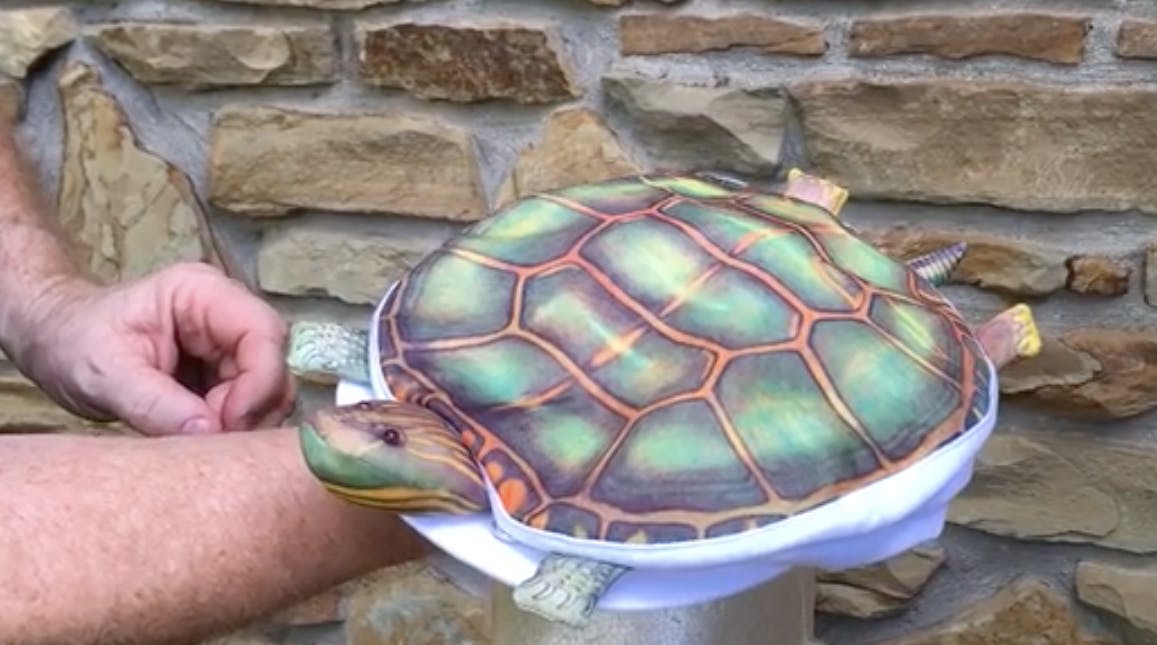 Lynn loves his turtle hat so much that he’s created a Kickstarter so he can share his beloved testudine headgear with the rest of the world (by the way, if you don’t know that “testudine” is the scientific name for a turtle, then you have no business wearing a turtle hat).

This is a quote from Mr. Johnson’s Kickstarter page, which has already raised almost $3,000 of its $5,000 goal. He’s nearing retirement soon, so now’s the perfect time for him to let his creativity run wild. Any time Lynn wears his turtle hat, he gets great feedback from people.

Lynn comes off as kind of attention-seeking in that paragraph, but who wouldn’t be feeling themselves if they had enough swag to pull off a turtle hat?

You know who wasn’t feeling Lynn’s turtle hat, though? The English.

Of course the English wouldn’t be able to understand the quirky fun of a turtle hat, considering they’re used to the queen’s hats, which are the complete opposite of quirky.

What Lynn is doing is much more than asking you to spend your hard earned money on Donatello headwear. Just Look at the way he flaunts his turtle hat with confidence and elegance: 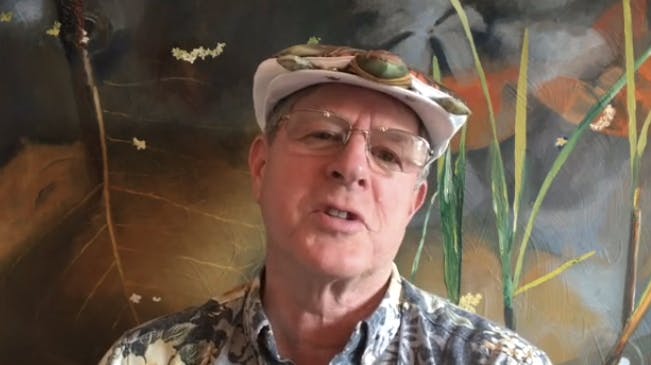 Lynn wants you to realize that you don’t have to be put in a box when it comes to rocking hats. You don’t have to just wear a baseball hat or a bucket hat because you’re too afraid that people might disapprove of what’s on your head. You stopped being a fuckboy like two years ago, so get rid of that fedora and get yourself a turtle hat.

Just donating to the cause is pretty chill as well.