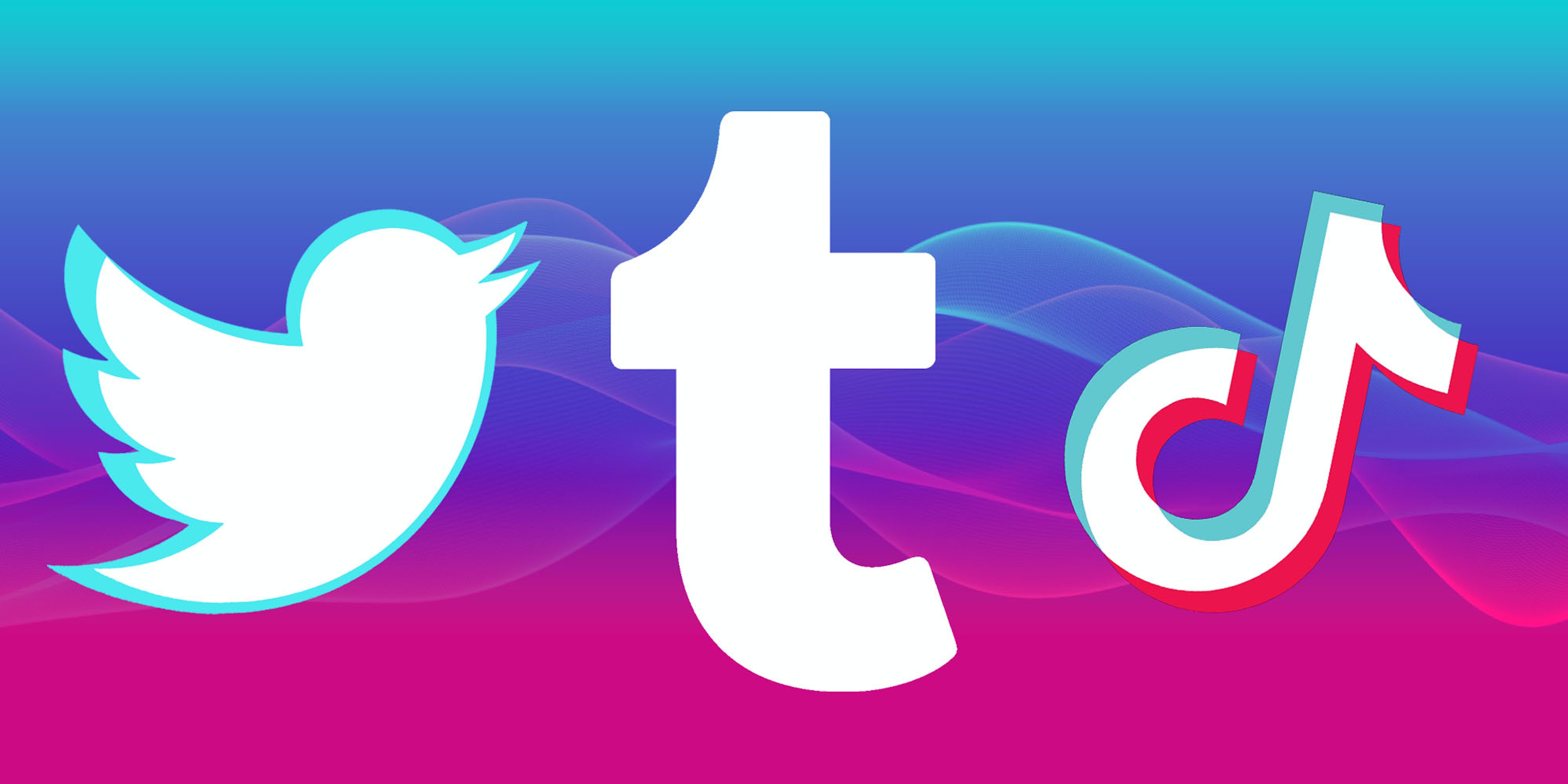 The ‘Tumblrification’ of social media

Between the drama of an Elon Musk-run Twitter and the moral panic surrounding TikTok rotting our children’s brains, 2022 was a big year for social media. We might like to think that the two sites couldn’t be more different. After all, one is often thought of as a dancing app for Gen Z, and the other is a microblogging site where you’re encouraged to share memes, hot takes, and anything in between (except your Linktree and Instagram handle, God forbid).

However, the one thing these two sites have in common, the thing that sets them apart from other social media platforms like Instagram and LinkedIn, is their capacity for discourse. The Discourse™, as defined and made infamous by Tumblr, refers to “bad discussion of theoretical, political, and social issues” online. When we vote on polls for the most outlandish discourse seen on Twitter this year (like “coffee husband” or “bean dad“) or stitch TikToks lamenting over the most “chronically online takes” we’ve come across on the app, we think we’re being slick and bringing something new to the table.

In fact, when news first broke of Musk potentially buying Twitter earlier in the year, Tumblr ended up being a trending topic as we lamented over how “nostalgic” we were over this supposedly-dead platform. But you can’t be nostalgic for a platform that physically—and in the way we communicate—is alive and well. Sure, you can argue a big part of the site died when it no longer allowed the posting of porn, but Tumblr’s defining quality wasn’t its copious nudity and smut—it was the Discourse, and users’ collective ability to produce and discuss astonishingly bad and unusual takes about various social issues.

Do you think arguing about 5’7 people being “minor-coded,” reality-shifting, or being piled on by fan accounts is a new thing? Clearly, you’ve never witnessed the Olympic-tier mental gymnastics of Tumblr users.

Dr. Phoenix Andrews is a Leeds University researcher specializing in internet culture and fandom. As he pointed out to Passionfruit, the Discourse topics that flare up across social media platforms often feel “cyclical”: starting off on Tumblr between moving onto TikTok and Twitter. He said there may be multiple reasons for this.

One, he explained, is “the meme lifecycle accelerating so fast that it’s impossible to meet the demand for new content, and so the old gets recycled.” This recycling of old content, he explained, might start off as an ironic posting from those who were there the first time around until it eventually reaches people who just weren’t there the first time and don’t realize these Discourse topics and memes are “as unattractive as the return of the bucket hat.”

But a secondary reason, he added, is that, contrary to the lighting-speed nature of meme cycles, the internet is “aging” and becoming more geriatric. “Nothing is new, and even disruptive platforms eventually have to reckon with user base churn, content moderation problems, and the purity, depravity, and nostalgia tropes that will always plague,” he explained.

Certainly, headlines surrounding hate speech and antisemitism across both TikTok and Twitter raised questions about the sites’ respective moderation qualities, with Twitter’s ability to moderate being specially called into doubt given the site’s mass layoffs, but for Dr. Pamela Rutledge, a media psychologist, the supposed “Tumblrification” we’re seeing on these platforms is less about their present issues, but more about the precedent that Tumblr set for them back at its peak.

For better or worse, Rutledge told Passionfruit that Tumblr “played a big role in driving internet culture” forward and shaping it into the culture we see today across TikTok and Twitter.

“Tumblr lowered the bar on public discourse,” Rutledge explained. “It changed the social norms for the type of content that gets shared—from personal reflections, philosophical musings, and political ideology to collections of images and phrases of cultural signifiers.” As the media psychologist points out, the site remains significantly different from TikTok and Twitter because “there is no similar depth of context on current sites like TikTok and Twitter.”

But with TikTok videos creeping up to 10 minutes long and Musk announcing plans to extend Twitter’s character count to 1,400, it feels like the lines between what makes Twitter and TikTok different from Tumblr are becoming more blurred moving into 2023.

It doesn’t help that TikTok, as Broderick puts it, is something of a “parasite app.” Because TikTok, according to Broderick, “doesn’t really have the tools to build and maintain its own culture,” a lot of TikTokers generally make videos based on Twitter trending topics.

“If those break,” Broderick adds, “[these TikTokers] may go elsewhere for content to talk about.” And given how much Tumblr already influences Twitter—with the spreading of Tumblr meme Goncharov being a prime example—it makes sense for these TikTokers to, eventually, cut out the middle-man altogether and go straight to Tumblr. That is if TikTok doesn’t end up breaking as well.

With the U.S. facing potential TikTok bans in the new year, and with Twitter’s leadership looking more and more unstable, the future of both these leading social media apps are in doubt. But as these two titans of discourse and subcultures burn, the SuperWhoLock phoenix is rising from the ashes. The Tumblrifiction of these apps is one thing, but if there are no apps left to Tumblr-ify, we might have to swallow our pride and return to the founding father of Discourse once and for all.