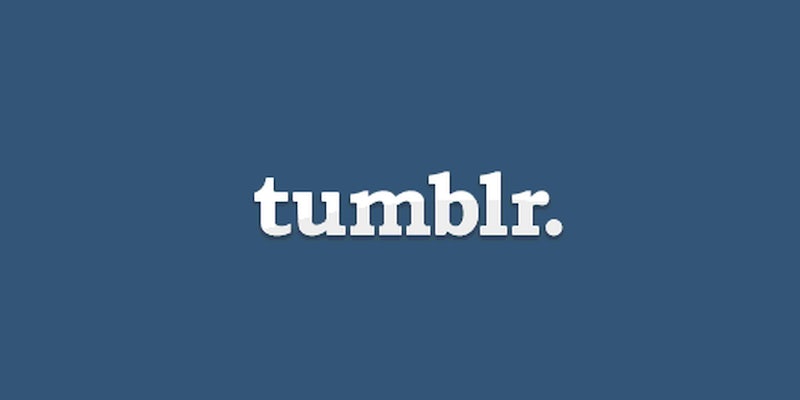 Are Tumblr's transparency issues just poor organization, or a symptom of something more troublesome?

Tumblr has long been a silent communicator. The company keeps its staff blog focused on the creative side of things, while its support blog seems to have little to do with site notifications—not even when Tumblr unveils site-wide changes that drastically affect its 100 million users.

Often the changes go by largely unnoticed and unremarked; other times, they spark sitewide bafflement and outrage, as was the case Monday morning with a change to the site’s tagging function. It begs the question: Are Tumblr’s transparency issues just poor organization, or a symptom of something more troublesome?

Tumblr’s search function operates like an Instagram search, showing you the most recent posts made under a given tag. Earlier Monday, however, Tumblr users discovered that instead of displaying the most recent posts in a given tag, Tumblr was showing only the most popular posts. This meant that if you were, for example, looking for up-to-the-minute updates from yesterday’s tragic Boston Marathon explosion, instead of getting a newly made post from five minutes ago discussing breaking news, you would get an older post about blood donation with tens of thousands of reblogs.

The switch was reportedly part of a feature that would let the user choose between popular posts and “everything” by appending “/everything” to the end of a url string. Tumblr did not make an official announcement and declined to comment to the Daily Dot.

When Tumblr users realized the change, they let up an instant outcry. In a little over an hour, Tumblr user neggpuncher’s post informing others of the change garnered 20,000 notes from outraged users.

“Tumblr has literally just broken an entire feature for no reason,” neggpuncher protested.

For most Tumblr users, removing the “most recent” search feature is not only inexplicable but a serious detriment to the communities of fans, artists, and bloggers at Tumblr’s core—most of whom rely on tracked tags for recent news and information on what’s happening in their neck of the Internet.

But it appears that Tumblr simply made a mistake during an attempted rollout of a new feature. Users who emailed Tumblr support about the change received an email informing them that it was “a bug.” Then, as silently as it rolled out the change, Tumblr abruptly switched the feature back to the previous functionality, while the outrage was still at groundswell. This left many users confused about what had actually happened.

While this could be simply an issue of a glitch quickly fixed, it seems that Tumblr could have benefited from a quick update to its staff or support blogs to inform users about what was happening.

Instead, the lack of transparency points to a larger elephant in the room: Tumblr’s sudden stagnation in the face of tremendous growth.

In the last year, Tumblr quadrupled its userbase from 20 million blogs in late 2011 to 103 million as of this week. With over 70 million posts and reblogs a day, the growth of Tumblr is nothing short of staggering. After its latest round of venture capital, Tumblr is valued at somewhere around $1 billion.

Instead of expanding its functionality and communicating more with its userbase, however, Tumblr seems to have grown even more reticent and has alarmingly halted many of its services.

In addition to last week’s much talked-about closure of Storyboard, Tumblr’s award-winning editorial branch, Betabeat noted that Tumblr’s leadership has been floundering recently, characterized by a revolving door of executives around CEO David Karp. In addition to the Storyboard layoffs, Tumblr has seen a long line of departmental heads come and go—most recently the executive vice president and vice president of engineering.

And it’s not only Storyboard that’s fallen abruptly silent: Gifwich, Tumblr’s in-house GIF blog, abruptly stopped updating two weeks ago. Reblorg, Tumblr’s official hub for spotlighting user’s original works, hasn’t been updated in five months. Yet no official announcement about either of these projects has come from Tumblr.

Transparency has never been Tumblr’s strong suit. As we noted in last week’s list of Tumblr tricks, Tumblr does have a “Tips” page, but it’s only accessible from Tumblr’s About page. It’s one of many mysteries about site functionality that Tumblr users only seem to find out via direct inquiries to support or by trial and error. 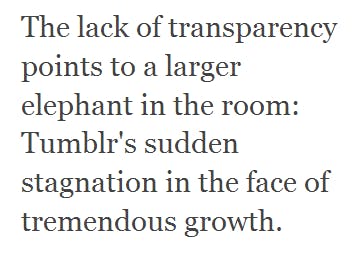 The lack of communication, along with sudden staff and feature cuts is an alarming combination of trends. It’s a pattern that also plagued LiveJournal—fandom’s biggest social network and blog repository prior to Tumblr—through most of its lifetime and grew especially intense in the months before its abrupt ceasing of U.S. operations last fall. English-speaking LiveJournal has since become a ghost town for many users who have migrated to Tumblr in the wake of its demise.

Sources tell the Daily Dot that as Tumblr has grown less and less transparent about recent changes, it has grown more and more reluctant to speak to the press. A request to Tumblr for comment on the recent interface changes and general site functionality has not yet been returned.

But if today’s abrupt on-again, off-again glitch proves anything, it’s that few things on the Internet are louder than thousands of outraged Tumblr users demanding their favorite website unbreak itself.

If simple staff posts to update users can cut down on the clamor in moments like these, it seems like a simple no-brainer. If Tumblr could go even further and notify users in advance of a particular change in the works, the company might be able to seek user feedback and receive it before running into thousands of vocal, angry users.

And who knows? Maybe clearing the air and making their plans for the site more visible might give Tumblr some respite from what seems to be an endless stream of stalled projects, axed staff, and what could be a platform fiasco—and a PR nightmare—waiting to happen.

Correction: While Tumblr’s Tips page is not linked on the site’s FAQ or search pages, it can be found on the company’s About page.