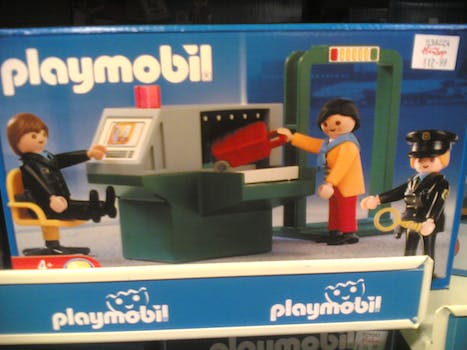 The Transportation Security Administration is clearly addicted to bad press. It’s hard to top paying millions to buy invasive (and borderline pornographic) body scanners, or rescinding a blanket ban on knives even as you uphold bans on things like water. But the TSA’s latest bumble deserves special recognition.

The TSA’s new expedited screening program allows proven non-terrorists to not get treated like suspected terrorists every time they fly. If you’re approved, you can skip those long security lines and keep your shoes on!  The official name is TSA Pre✓™, and you should probably enunciate the check and trademark when speaking about it, because they are absolutely essential,

So essential, in fact, that the TSA attempted to include them in the URL of the program’s official home site.

Try typing that out all on your own into your browser. Not easy, right? You’ve basically got to Google the address, or find it by clicking around TSA.gov. It’s not the end of the world, but it is a pretty fundamental Web design fail. After redditors and Slate called out the organization yesterday, it rushed to change the address, but the mistake has been recorded for posterity in this Slate screen grab and the mocking comments of a half-dozen redditors.