Why didn't we think of this sooner?

Donald Trump has made many offensive statements over the course of his presidential campaign. But nothing seems to turn voters off quite like his icky comments about his daughter Ivanka.

Seriously, this vine haunts our dreams.

But what if we’ve got him all wrong? What if the sickness is in us? What if its our own perversion that has sullied a good man’s innocent adoration for his daughter?

Well then, perhaps these photos of Ivanka on her father’s lap aren’t sexual at all. 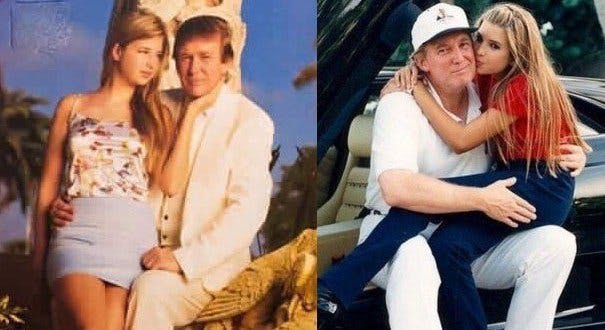 That’s the premise of a Change.org petition urging Trump to dispell the rumors that his affection for his daughter is, um, well, let’s just say a little un-kosher?

What kind of country is it where a man [can be] shamed for saying to Rolling Stone that “Yeah, she’s really something, and what a beauty, that one. If I weren’t happily married and, ya know, her father …

Or face ridicule for telling Howard Stern that his daughter, Ivanka, has “the best body.”

Or have Liberal Jokesters on Twitter make fun of a powerful, very secure, Republican candidate for President, simply because they want to imply that there is something extremely creepy about multiple photoshoots you took with your teenage daughter sitting on your lap.

Indeed. What happened to life, liberty, and the pursuit of intimate moments with your adult children?

Ti adds that the solution is simple:

“Donald Trump, to help put these pathetic accusations and insinuations to rest once and for all, for the sake of your supporters, you MUST dispel these rumors and prove that there is nothing untoward about your relationship with your family members, by staging a photoshoot with each and every one of the rest of your children, Donald Jr., Eric, Tiffany, and Barron, where they are sitting on their old man’s lap, normal style.”