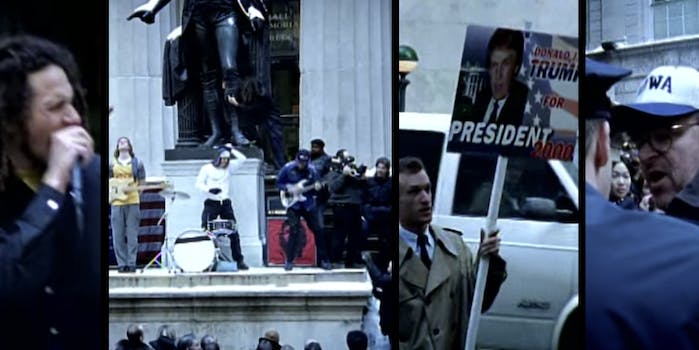 Although Donald Trump has considered running for president three times in the past (1988, 2004, and 2012), it’s hard to imagine that anybody could have predicted he’d do this well in a serious race. To be fair in 2000 he did win the California primary for the Reform Party’s presidential nomination—despite a poll showing his national approval rating to be 30 percent.

But a year before winning that primary (and later dropping out), Rage Against the Machine released a music video for their song “Sleep Now in the Fire,” which was directed by Michael Moore (after Roger & Me, but before his mass critical acclaim with Bowling for Columbine). You can see Moore being detained in the video, because the band had a permit live on the steps of City Hall, but—as this was a collaboration between Michael Moore and Rage—things didn’t stay within those boundaries:

There’s a lot of interesting stuff in that video—it holds up well for a 15-year-old rebellion song and dance. But there’s one thing that… wait… what in the fuck is that? 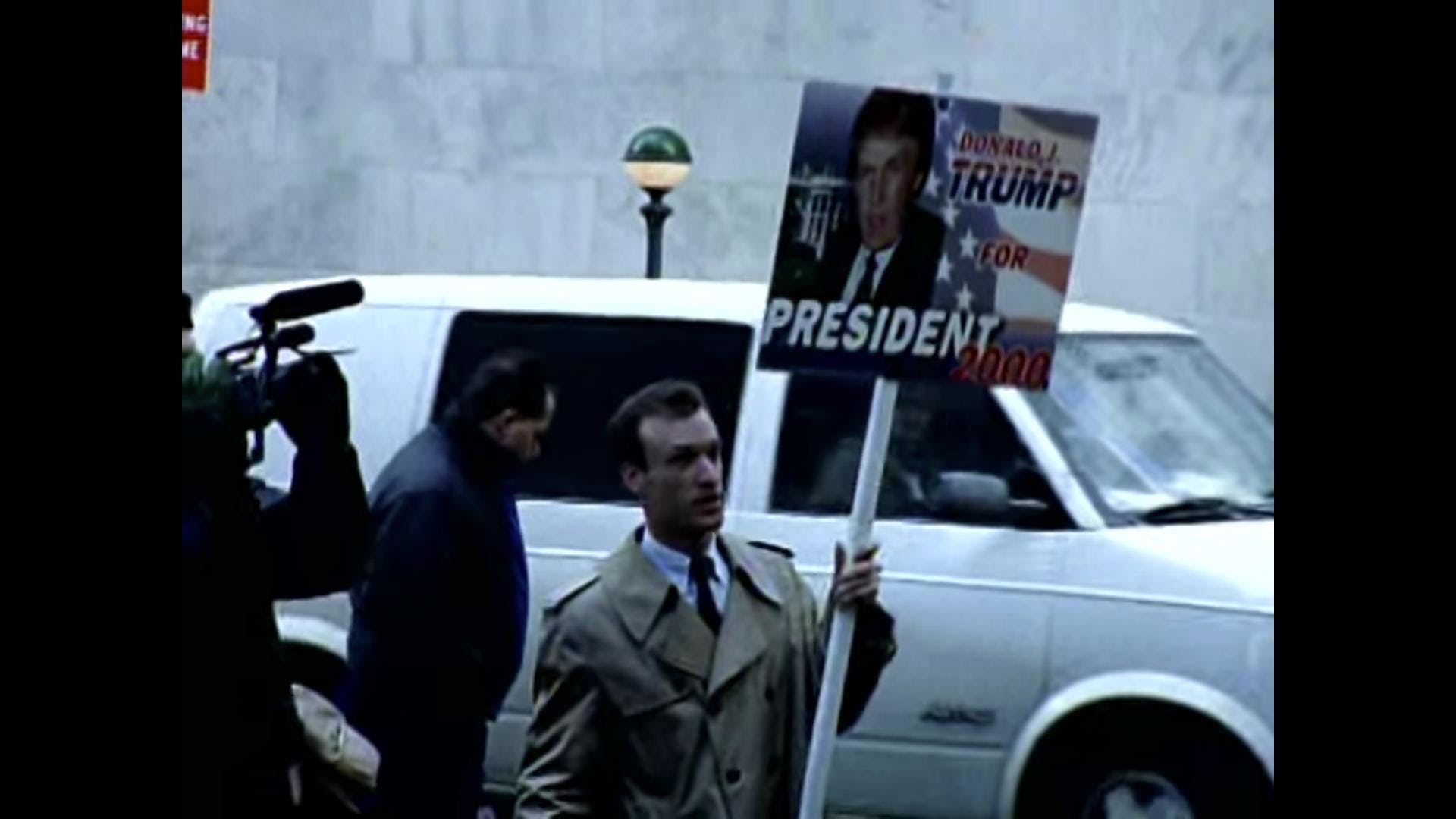 Why, it’s a Trump for president poster!

Being filmed near the New York Stock Exchange, with the shoot’s commotion resulting in its doors to be shut at midday, maybe Trump was hip to the video being filmed. It wouldn’t be crazy for him to pay people with signs of him to stand around a shoot like that. (After all, he spent a million dollars just on research for his current presidential run, and claims to have financed a group of private investigators to look into Obama’s past in Hawaii, during the ol’ birth certificate scandal.)