It's the hot new way to own the libs.

Over the past week, President Donald Trump has repeatedly threatened to close down the U.S.-Mexico border, as he continues to fight for his wall.

And in the wake of the president’s boasts, several media outlets reported how the decision could affect consumers. While there are tangible detriments to the decision, for the sake of virality, some organizations wrote about how the border ban might cause a hike in avocado prices. From the Washington Post:

Of all the imports and exports that could be disrupted under such a scenario — from auto parts to beef to produce — few have generated more hand-wringing than the pear-shaped fruit. Industry leaders say America’s avocado supply is so dependent on Mexico that we’d run out in weeks, raising the specter of a future with subpar toast, smoothies, salads — and no guacamole.

Americans consume more fresh avocados (7.5 pounds) per capita each year than they do peaches, pears, plums, prunes and nectarines combined.

In a normal, pre-everything-is-partisan world, the elimination of a wildly popular foodstuff in the American supply change would be cause for concern. But avocados have also become a signifier for a type of bourgeoisie, urban-dwelling liberal who purchases them at a white-washed establishment with succulents in window boxes while wearing an “I’m still with her” shirt.

And thusly, conservatives had to post about their disdain for avocados.

It became the stuff of memes on Reddit hive, r/The_Donald. There was also the false dichotomy that not importing avocados would somehow lead to more “national security.” 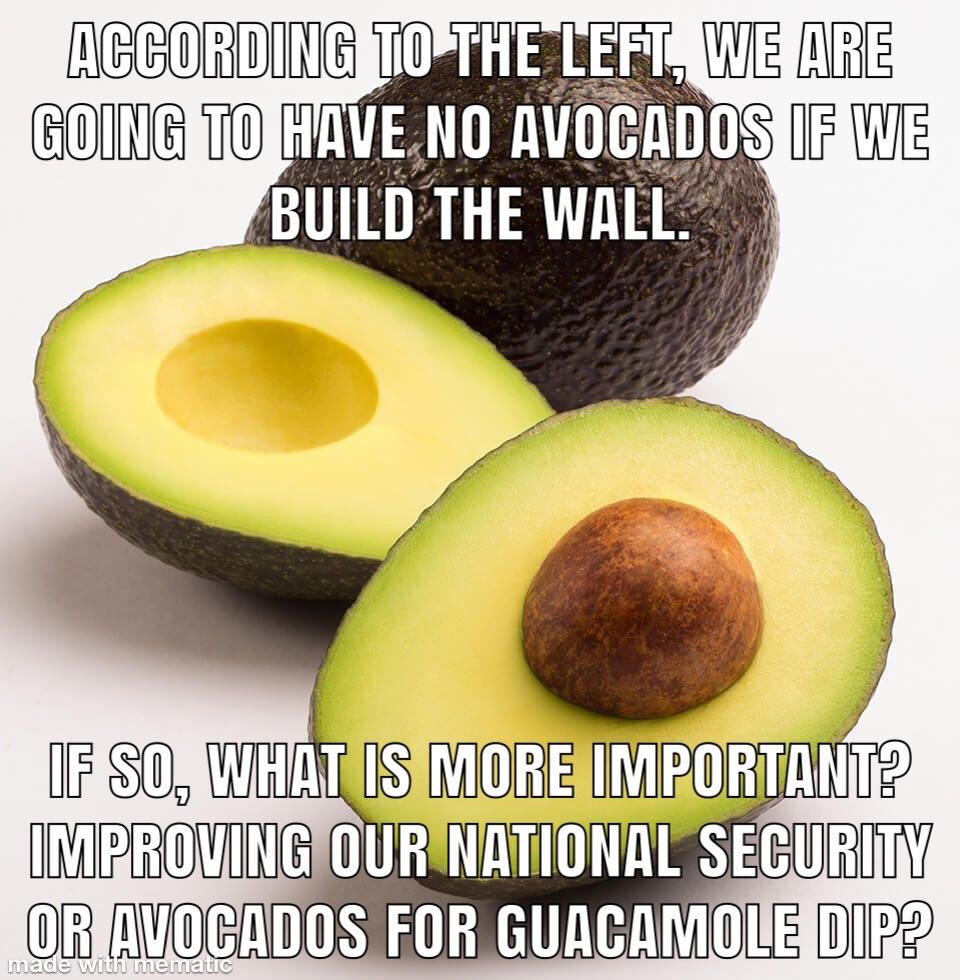 On Twitter, Trump’s biggest fans boasted about how they don’t care about avocados, echoing similar arguments.

Who cares about the loss of avocados if we close the border. I care more about the Angel families that had a loved one taken from them because of illegal immigration.

In all likelihood, Trump will never enact his plan to shut down the border—given that there are much more important items imported from Mexico (included jeans and cars, which down-to-earth, God-fearing Americans love).

But who could waste an opportunity to own the libs over their fancy fruit?