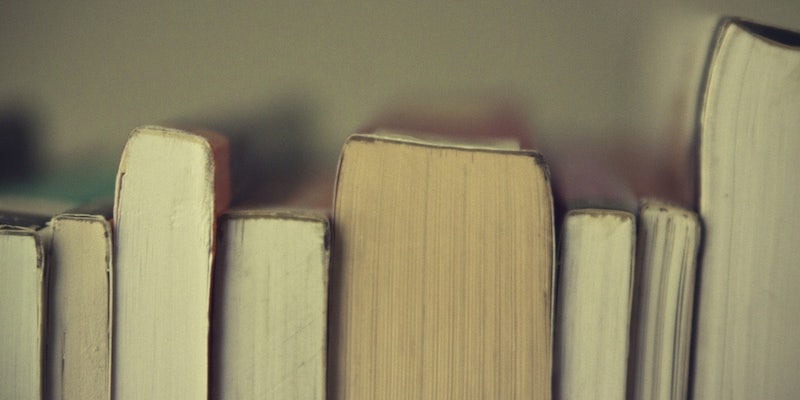 Does Tumblr really want a school board judging what's problematic? I think not.

Like death for the archbishop, the backlash has come for the trigger warning, following requests from students at Oberlin College, UC Santa Barbara, George Washington University, and the University of Michigan that their literature syllabi come with disclaimers. According to Oberlin’s guide to trigger warnings, the label is used not only to demarcate sexual violence (as has become commonplace on the Internet) but also to indicate classism, sexism, cissexism, heterosexism, ableism, and racism. According to Oberlin, the goal is to avoid “anything that might cause trauma.”

I don’t think that the trigger warning is inherently flawed. In Tumblr culture, trigger warnings have been a way, like Oberlin’s language suggests, to recognize that others “have lives before and outside your [periphery], experiences you may not expect or understand.” If you’re talking about topics as inherently sensitive as sexual assault, it’s a way to recognize that your writing is more than words on a page. For some, sexual assault is an ongoing struggle, a reality that they live with every day.

Resources like Tumblr work to provide a safe space for their users through an ongoing project of checking privilege (using the markers that Oberlin lists above), but the real world isn’t a safe space—and neither is literature. The trigger warning is an inherently flawed way to look at complicated books that are meant to provoke debate and discussion, ones that might make you feel emotions with which you’re uncomfortable. In the case of a book as divisive as Bret Easton Ellis’ American Psycho, the all-time king of trigger warnings, it’s difficult to know if the book is a critique or reproduction of sexism. That’s what makes it interesting and worthy of debate, 20 years after the book first pissed people off.

Huck Finn is an oft-cited example of a book that would fail the trigger warning test, because of the pervasive and historically necessary use of the N-word, a fact that’s long made Mark Twain’s satirical classic a target for censorship.

But even outside of the extreme examples of Twain and Ellis, it’s harder to think of books that would pass Oberlin’s test than ones that would not. From 1984 to Crime and Punishment and even Holes, the English literature curriculum is heavily white, male, and able-bodied. Even if the author is female, the Oberlin text would still find things of which to disapprove. Barbara Kingsolver’s The Poisonwood Bible is about heterosexual white folks who move to Africa—failing the privilege, classism, cissexism, and racism tests, depending on who you ask. And Lois Lowry’s The Giver is so white it’s in black and white.

The problem that we’re seeing is that the high school and college canon needs to represent perspectives that often get left out of the discussion of great literature. English classes often include Zora Neale Hurston, Toni Morrison, and Chinua Achebe, but what about James Baldwin, Ralph Ellison, or Richard Wright? Authors like Gabriel García Marquez get shoved into South American literature, but there’s no reason One Hundred Years of Solitude and Love in the Time of Cholera shouldn’t be taught alongside Great Expectations.

Like putting an ingredients label on our cereal box, there’s an inherent power in knowing what we’re consuming, but that won’t correct the system that tells us what to ideologically put in our bodies. Doing so not only takes the powers out of consumers’ hands but often puts the onus of control onto groups of people who often make the problem worse. For instance, the Parental Advisory warning on CDs might seem like a helpful guide for parents, but it’s also been a way to disproportionately punish black rap artists; offensive language might mean profanity, but it could also stand uncomfortable truths Wal-Mart listeners might not want to hear.

Shame, Steve McQueen’s 2011 art film featuring a great deal of Michael Fassbender’s penis, received an NC-17, while Nicolas Winding Refn’s Drive skated by with an R-rating, despite featuring some of the most brutal and graphic depictions of bloodshed ever seen on film. After Sin City, The Passion of the Christ, and The Raid films have all passed with R ratings, the MPAA has made it clear that horrific acts of ultraviolence aren’t as potentially triggering as seeing a woman have a orgasm.

HBO’s TV-MA warning has been championed as a template that either literature or schools could adopt to better indicate content. Before each episode, the channel features a brief graphic breaking down the “mature features” of the program, which may include “Nudity,” “Graphic Violence,” “Graphic Language,” or “Rape.”

However, Hannibal airs right in primetime, a show that features women being raped and murdered almost every week, the mise-en-scene littered with their corpses. What makes it permissible is that there’s no actual nudity. To get around the censors, Hannibal will make sure that the female corpse’s nipple features a tree branch or an antler shoved through it, thereby obscuring the areola. Violence against women is fine, as long as you don’t show them naked. If there’s no nipple, there’s no problem.

Although television and film’s draconian system was meant to protect viewers from triggering material, all it serves to do is punish certain content that boards find more objectionable than others. For artists, the auspices of that system have created a culture that has made distribution difficult. In the 1970s, a Bertolucci film could be a box-office smash, but 2003’s The Dreamers (released in both NC-17 and R-rated cuts) barely got released. Could a film as strange and erotic as I Am Curious (Yellow) finish as the 12th biggest movie of the year, as it did in 1967, in today’s marketplace? Would it even come out at all?

In theory, placing a warning label on something that we expect others to be offended by feels empowering, as if you’re taking back literature from its historical sources of oppression. However, in practice, it has proven to be a deeply regressive and conservative way to think about art, taking all the politics out of viewership and replacing them with a repressive apparatus that no one wants. It’s up to audiences and readers to decide whether what they’re consuming is problematic, and in fact, calling things out for their apparent cissexism or ableism is part of why Tumblr exists to begin with.

But does Tumblr really want a school board doing that for them? I imagine not.

In not wanting to further cycles of trauma and abuse, universities like Oberlin have their hearts in the right place, but the reason that trigger warnings are so effective on the Internet is that they’re up to the author to define, rather than regulated by a centralized entity, especially one as fraught as the U.S. education system. If we’re going to be fighting a war against rape culture, the most important battles won’t be fought by those at the top. The real work of making society a safer space needs to be done by all of us.