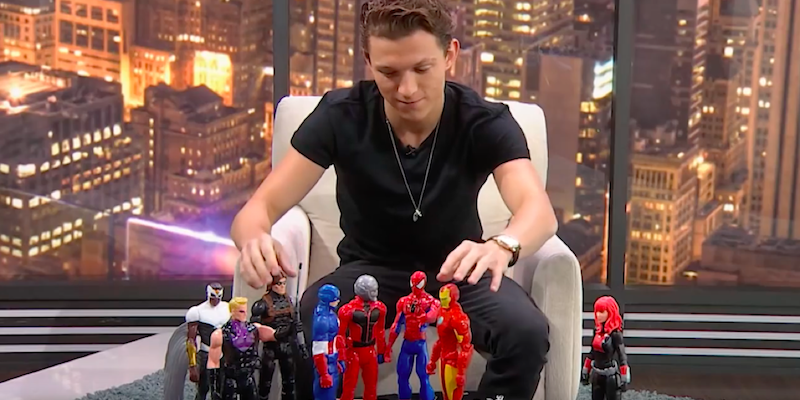 Everyone agrees ᵗʰᶦˢ is what Tom Holland’s voice sounds like

Tom Holland, the 21-year-old British actor who plays Spider-Man, is beloved by fans for his good looks, his athleticism, and his ᶜᵘᵗᵉ ˡᶦᵗᵗˡᵉ ᵛᵒᶦᶜᵉ. On Twitter, it’s become a meme for Holland fans to post catchphrases from his Spider-Man promotional appearances in tiny superscript, signifying his slightly high-pitched peep.

A couple of Holland Voice moments stand above the rest. One is when he was playing with Marvel action figures in a video for Entertainment Weekly:

The other is when he was on a live fan chat, and he had to ask his teen admirers what “yeet” meant. Thanks to that moment, the world has been blessed with this loop of Tom Holland saying “I don’t know what yeet means.” (For the record, it’s just an excited noise that can mean basically anything.)

And, of course, we also have the tiny Tom Holland text version of that line:

Holland has tried to put on a lower voice, but it hasn’t done him any favors. It’s still just “precious” to the fans.

tom holland trying to say "thanos, are you watching?" in korean while deepening his voice is the funniest and most precious thing ever pic.twitter.com/YRV19uzu8R

“I don’t have deeper, bro. This is it,” he told the Korean hosts of a show he was on. Of course, that just became a Holland Voice meme, too.

You can’t change it, Spidey. Might as well embrace it. All in all, this is an extremely sweet and wholesome meme from the Marvel fandom.

If you want to make your own Holland Voice tweets, select “superscript” in a writing app or copy and paste from a superscript text generator. There are several to choose from.