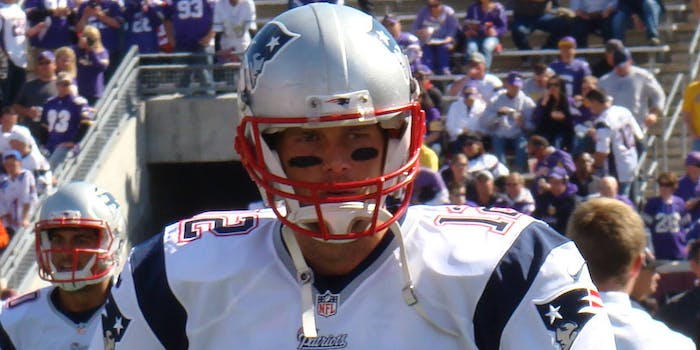 Tom Brady posts his old high school essay, and we all shed a tear for him

It looks like Tom Brady might not have always been known as the greatest of all time.

Brady posted a hilarious #TBT on Facebook of an essay he wrote in high school. The picture is receiving an outpouring of love and support, giving Brady the reassurance he needed as a teenager back in 1994.

The New England Patriots quarterback had a tough time growing up always in the limelight of his athletic sisters, and he only hoped that one day he would be known as someone other than the “little brother.”

The best part of all is the irony in his strong closing paragraph, hoping that his sisters will one day be confronted with “aren’t you Tommy’s sister?” If only teenage Tom knew what his future held.

Its safe to say Brady can finally show his sisters what’s up— and that A+ is a good start.