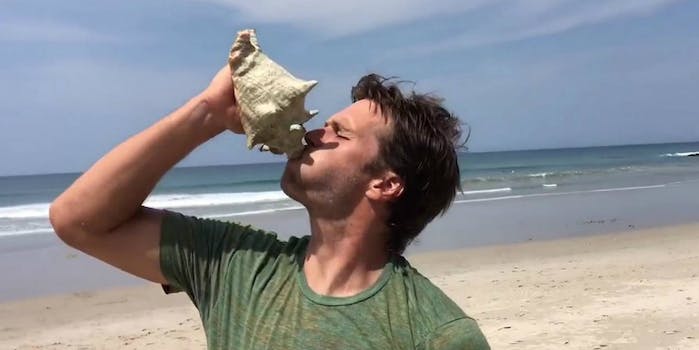 We have found something he's not good at.

When Ron Burgundy needs his news team assembled, he picks up a conch shell and blows, and soon enough, the rest of his posse comes running.

Patriots quarterback Tom Brady reportedly is on vacation, and when he’s not running into people who think he’s a fuckboi, Brady’s apparently thinking about next season. Conch shell, meet Tom Brady’s lips in order to alert New England’s receivers that they should soon assemble.

Unfortunately, Brady is still alone. But he’s also on a beach, which is probably nice.

To be fair, though, tight end Rob Gronkowski just opened an Instagram account, so it might be hard to convince him to go anywhere for the next few months.