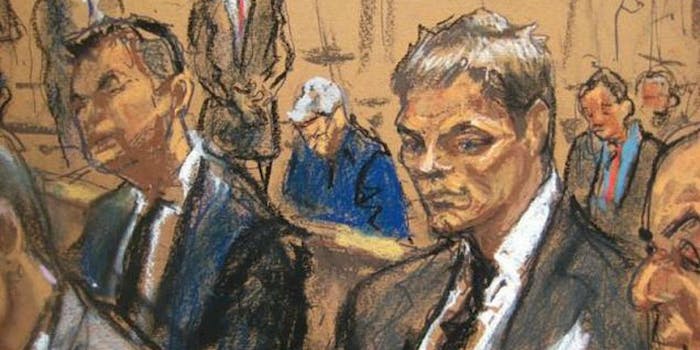 Hail to the courtroom sketch artist who later said she tends not to flatter people with her drawings.

Patriots quarterback Tom Brady and the NFL met in court Wednesday as Judge Richard M. Berman questioned both parties about #DeflateGate and seemingly tried prodding them toward an out-of-court settlement. Since cameras were not allowed in the courtroom, we had to rely on a sketch artist to set the scene for us.

That’s not true. The sketch artist working Wednesday actually is named Jane Rosenberg. This is how she saw Brady. 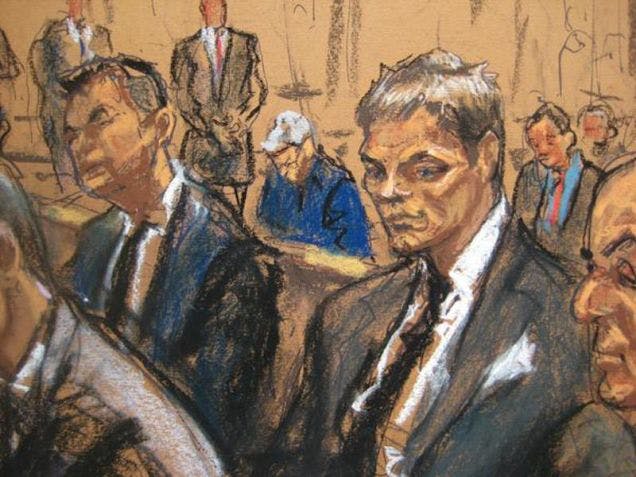 And this was how she viewed NFL commissioner Roger Goodell—the man who’s second from the left and who actually looks like this and not a middle-aged man who’s trying to sell you a used Honda Accord. 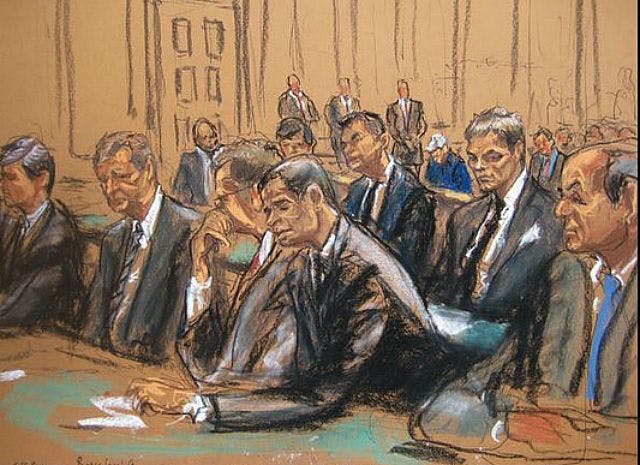 As for Rosenberg’s reaction to her viral work, she offered the New York Times‘s Daniel Victor a quick, half-serious apology: “I apologize to Tom Brady for not making him as good-looking as he is,” she said.

Added Rosenberg to the Boston Globe: “I don’t tend to flatter people and make them look beautiful… At least they can figure out which one is Tom Brady. That’s good, whether he looks good or bad. It’s not just a stick figure of a nobody.”

As for others’ reactions.

Tom Brady courtroom sketch is the only meme that matters today. Keep it up, Internet. pic.twitter.com/wcBlcvzmnY

I want Jane Rosenberg to do my future wedding photos #DeflateGate

DeflateGate is turning into a real thriller pic.twitter.com/KmY3Xv2Bej

@Pile_of_Derp wow had no idea the same artist who fixed up Ecce Homo did Ecce Brady pic.twitter.com/xFUn0C7dzL

And here's the sketch of Brady arriving in court. pic.twitter.com/b3I2mr68QI

I had to step up my Brady Reek game: pic.twitter.com/3t4jD30Qs6

All jokes aside, Rosenberg has her own website which you can view right here. Her paintings are actually quite pretty.