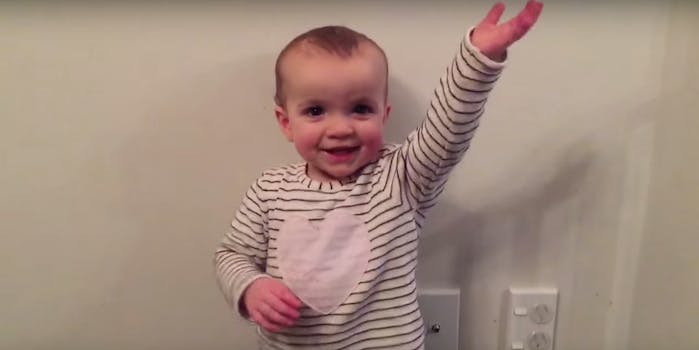 Toddler and magician-in-training makes her own hand disappear

After years of adults tricking babies by making them think their own limbs have disappeared, one toddler has finally caught on and is pulling some tricks of her own.

At just 15 months, Scarlett is not afraid of the prospect of losing her hand. She’ll often pull one sleeve over her hand, but when her dad points it out to her, she doesn’t lose it. Even if she’s not gripping her own hand, she shows a curiosity about the whole thing before revealing it again.

But how? A magician never tells.