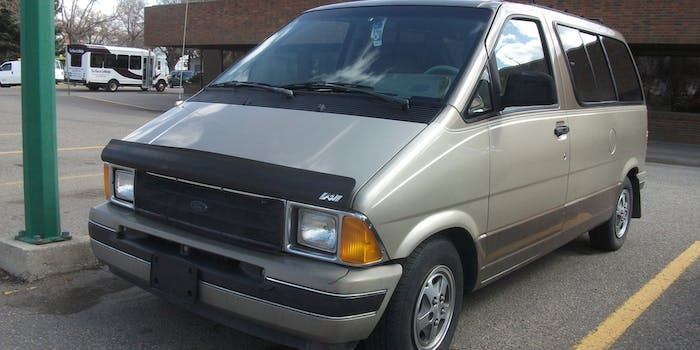 Toddler tumbles out of moving car onto Chinese highway

Any number of things can come flying toward your windshield while you’re cruising down the highway. The McGriddle wrapper that the jerk in front of you tosses out of his window. Something less conventional, like spilled milk. But a toddler? This sounds like a first.

A dashcam on a car in Suzhou, a Chinese city west of Shanghai, captured video of a child falling out of a van in front of the car. This appears to have occurred in the middle of the day, with a bunch of other cars making their way down the highway. The kid just tumbles out as the backdoor opens, gets up, and tries to chase down the car again.

Toddler falls from boot of moving vehicle, lands in middle of road in E China, rescued by passenger in car behindhttps://t.co/Bv3zUnxgHM

We can only imagine that this kid was practicing for his expected career as an action-movie star.