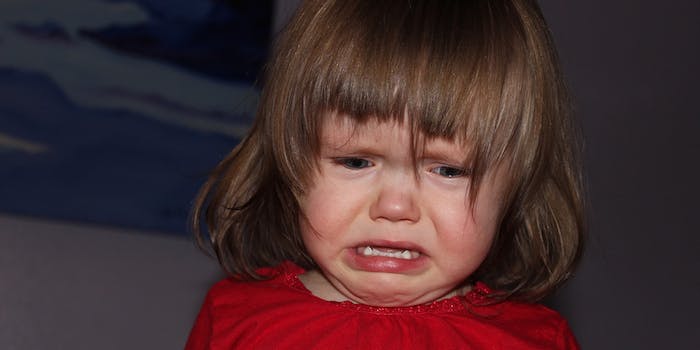 There’s nothing like the stark realization that you’re single and indeed not dating your latest crush. And it’s never too early to figure that out.

Kennedy, a 2-year-old toddler from Alabama, had a massive reality check when her father let her know that she and her so-called boyfriend “Jared” weren’t actually dating. Watch her meltdown—all too familiar for most of us out there trying to find “the one.”

Turns out Jared is Kennedy’s uncle’s roommate, who plays football in college. Everyone loves a jock, so we can see why Kennedy’s so heartbroken about this situation. Some ice cream and Legally Blonde is the go-to remedy for such heartache.

Photo by icanchangethisright/Flickr (CC BY 2.0)