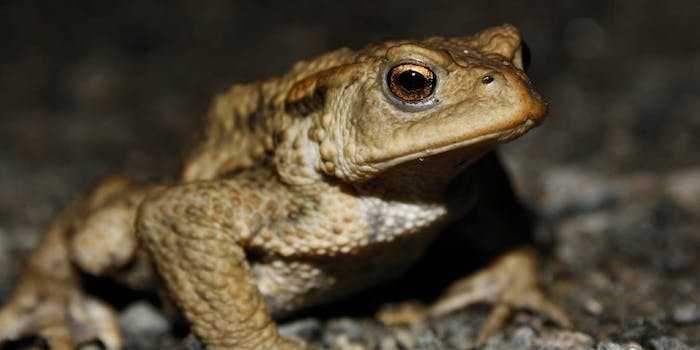 Toad on a robot will surely conquer the world

The latest creature hell-bent on taking over the planet comes from the last place we ever expected.

Somehow, this toad ended up on top of a mecha, and he’s ready for us. The robot-enhanced amphibian can crush anything in his wake, move quicker than he ever previously could, and is armed in case the humans show any resistance.

And if that doesn’t work?

Photo via Erik Paterson/Flickr (CC BY 2.0)