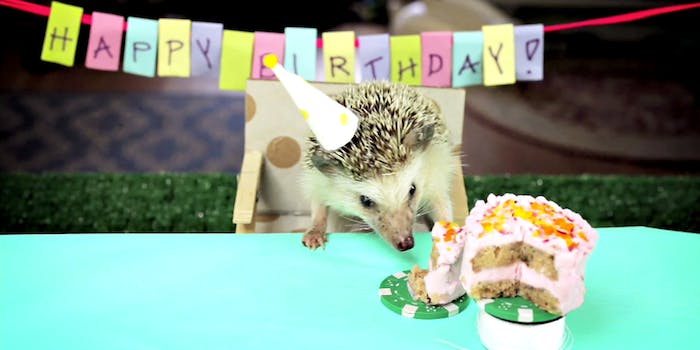 It's a feast fit for all your furry friends.

We thought nothing could beat tiny hamsters eating burritos and pizza—but then they attended a birthday party.

The hamsters, this time, are just mere attendees for a birthday celebration for one of their own (at least in stature). Not only is there enough tiny food for everyone, the cook somehow managed to bake a cake and cover it with frosting that all of the animals were able to eat.

It’s not every day a hedgehog (or most animals, for that matter) get a proportionate cake with a candle made just for them.

It’s his party and he’ll cry (and knock over cake) if he wants to.