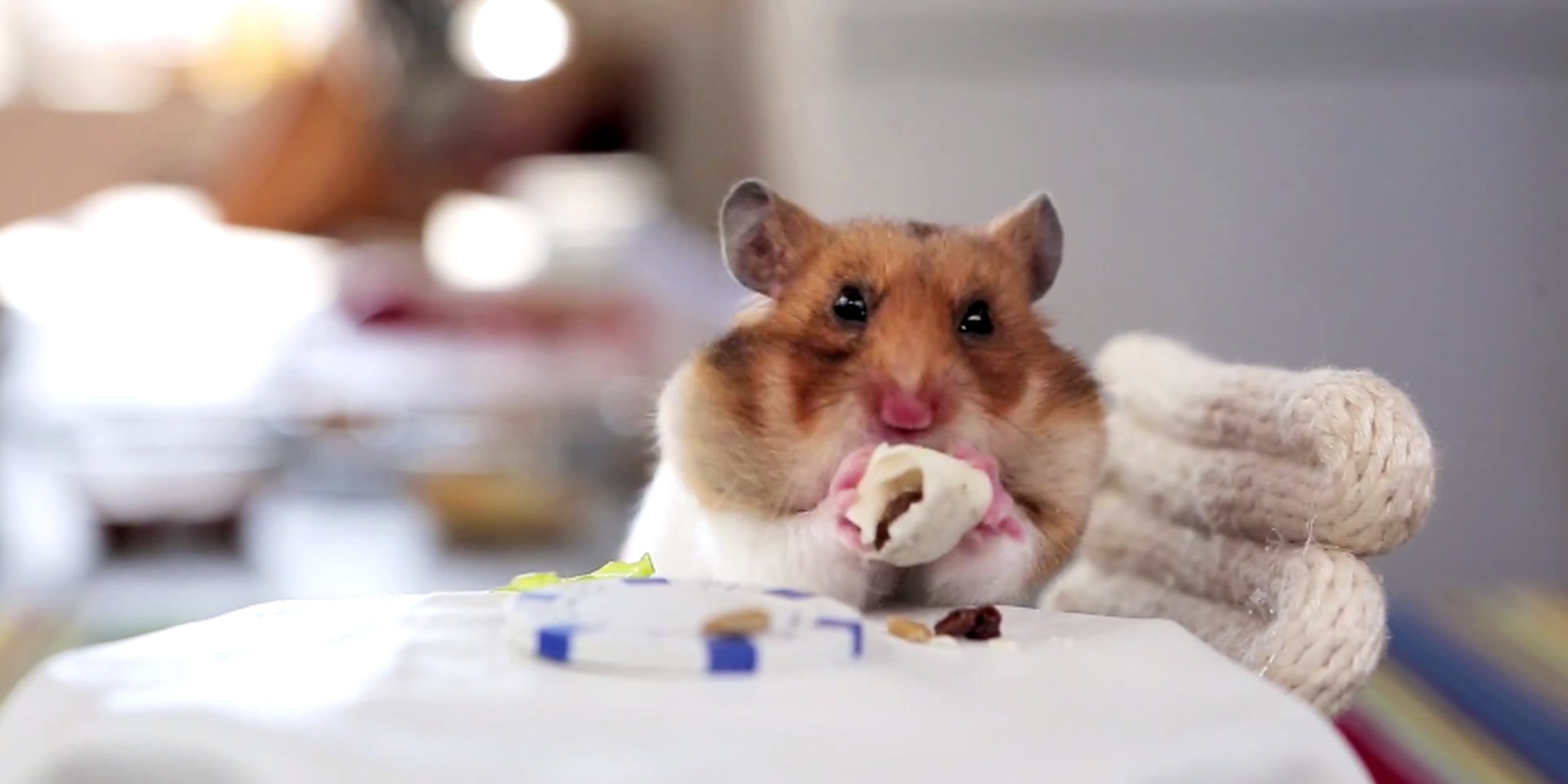 And neither will you.

It’s difficult enough making a perfect burrito for a person, but it’s a production when the recipient is a little less human.

Not only do you have put everything together in one miniscule wrap without any of it spilling out, it’s being presented to something that probably has no idea what a burrito even is.

I’m not sure what I like more: the hamster stuffing his cheeks and making a little mess on the tiny table, or the precision and attention to detail the chef took just to create those tiny little burritos.

It doesn’t matter whether the hamster eats more miniature food or it just stuffs its face with burritos all day. This is the Internet, and it’ll have an audience.