Looks like this guy’s wife found his Tinder profile

If you're going to cheat, lock your phone.

You absolutely can’t believe everything men post on Tinder, but if this one isn’t true, it’s still sad and hilarious: According to his profile, this unfaithful husband left his phone unlocked, and now his wife is airing his dirty laundry. 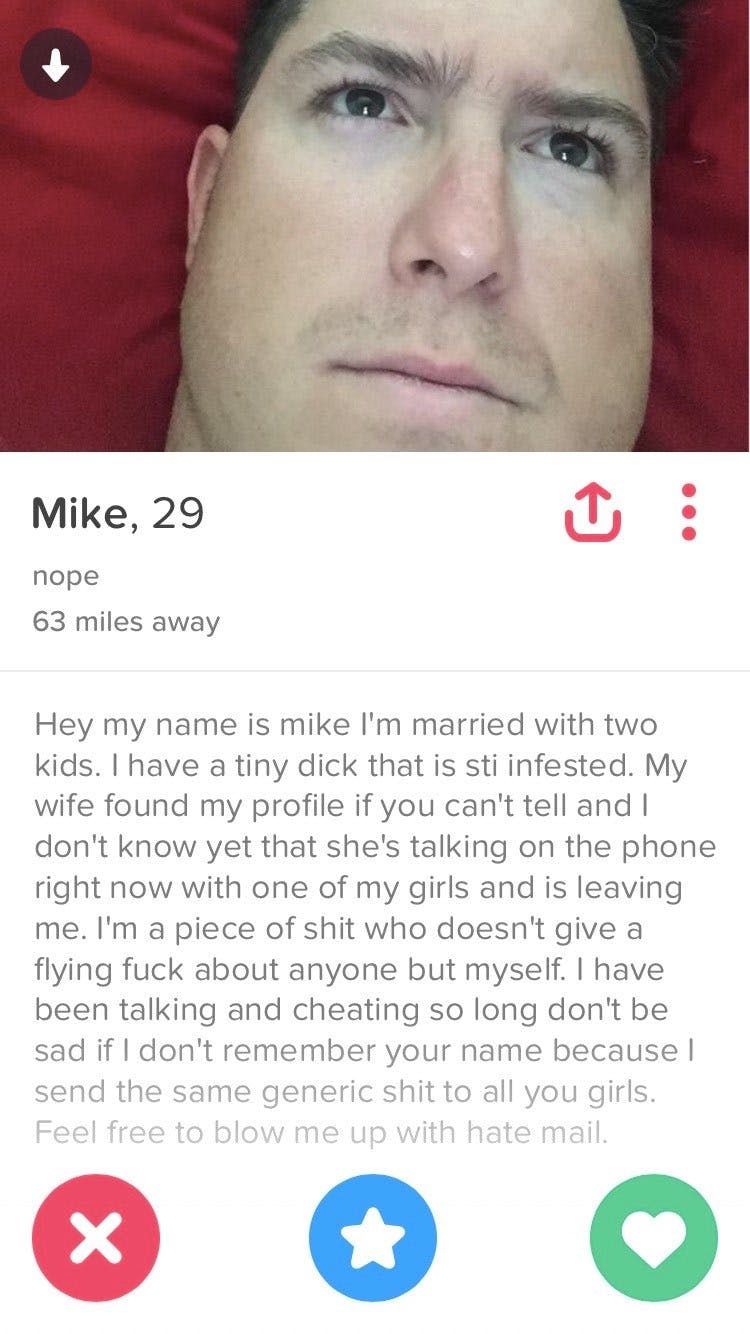 Mike, Mike. Your biggest mistake was screwing around on Tinder behind your wife’s back. You have kids, my man. If you’re not satisfied with the way your marriage is going, talk that shit out and try to find a resolution that meets everyone’s needs.

But your second-biggest mistake was failing to secure your account. Even if you’re thinking “What she doesn’t know won’t hurt her,” you did a poor job of making sure she didn’t know.

Now word of your “small dick” and alleged sexual infections is spreading, your profile picture makes you look like the Tick without his costume, and you are getting scorched to a crisp by redditors who love vicarious drama.

“He looks like he’s being strangled,” is the top comment, and someone has replied, “This is actually the crime scene photo.”

Others go on to compare you to “a thumb” and “a fat potato with a face.” Not just a potato, Mike, a fat potato. Ya burnt!

I hope we’ve all learned something here today about relationship fidelity, operational security, and what not to do on Tinder.

And for the sake of Mike’s family, let’s also hope this is some Photoshopped joke.