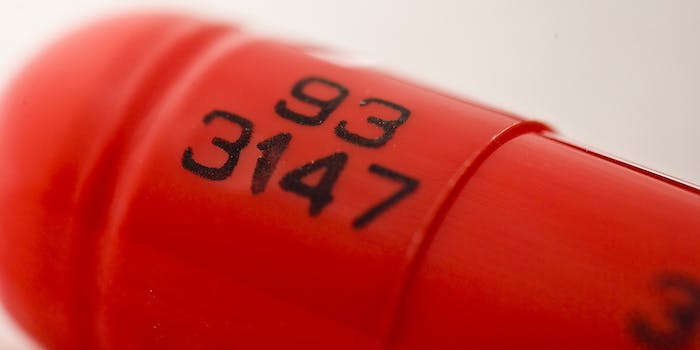 It's a poisonous cocktail to feed young men.

The discussion sparked by the death of six UCSB students at the hands of 22-year-old Elliot Rodger has, at times, become very heated. The shooter’s frantic rantings against peers—and specifically women—who have refused him has spawned a pouring of outrage by women and men alike at the hidden culture of harassment, entitlement, and violence that is a daily part of women’s lives.

The hashtag #YesAllWomen has collected thousands of stories, anecdotes, and emotions centering on the victimizing of women by men; stories men like myself are often blind to, willingly or not.

As many have pointed out, no one is seriously pretending that all men behave in such a hideous manner. However, how much better are we men who consider ourselves outside observers to this ugly arena? How often do we turn a deaf ear to machismo-driven, hedonistic sexual greed towards women, writing it off as simply “bro culture”? Does evil not prevail when we do nothing?

To understand how far assumptions about women and men’s entitlement to them can take a deranged mind, I ventured into r/TheRedPill. A stalwart of the storied men’s rights movement, this section of Reddit (or subreddit) is one of its darkest corners, populated by rape apologists, revenge-porn enthusiasts, and those who would justify domestic abuse.

“The only thing that offends a feminist more than the idea of being raped is the idea that no one wants to rape her,” says u/crazy89 in one post. u/horaxical confirms, stating “the best kind of sex to have with a onenight stand is the completely dominant type. She’ll thank you for treating her like a whore.”

The forum is a trove of horror stories disguised as men trying to “better” themselves. While there are plenty of posts about “becoming the sort of guy women want to be around,” most members of the subreddit must have a delusional image of what that means: “You’re better than everyone else” is a mantra, and “people who believe they are more important than others are the ones who get ahead in this world” is a sacred truth.

It’s a land where false rape claims are more common than rape, where the court system is biased against men (it’s not) and “society does not give a fuck about the male species.”

And before anyone feels I’ve misrepresented TRP by cherry-picking the worst examples, it’s hard to make clear how common these comments are and how much they, as any search will verify, validly represent the proud mentality of a Red Piller.

The philosophy of TRP—which sells itself as a “self-improvement” subreddit—is based in innocuous values such as self-empowerment and evolutionary psychology. The forum declares amongst its core values that women are using feminism to gain “the best position they can find, to select mates, to determine when they want to switch mates, to locate the best DNA possible, and to garner the most resources they can individually achieve.

It’s a poisonous cocktail to feed young men, one that plays to easy narratives about women’s role in the world and the twisted realities often brought by loneliness, rejection, and/or mental illness. TRP is confirmation bias uncut and unfiltered, its members patting themselves on the back for surviving the cruel feminization of society.

In his 141-page screed against women and society at large, Rodger mirrors these values by opining about the many times his peers have denied him of the fabulous life he was “owed” when he wasn’t being the spoiled son of a Hollywood director. “Why do they hate me so much?” Rodger asks rhetorically of the entire female population. “Why have they never fancied me? Why do they give their love and sex to other men, but not me, even though I deserve it more?”

Rodger, as it turns out, was a member of a forum called “Puahate,” a collective that aims to disprove the fraud of so-called pick-up artists and the idea of “the Game,” a concept TRP holds amongst its highest values. Far from blaming a false system built on manipulation and intimidation, Rodger turned his failures as a PUA on society. “If we can’t solve our problems we must DESTROY our problems,” he wrote on the forum. “One day incels [a term the glossary of TRP defines as “involuntarily celibate”] will realize their true strength and numbers, and will overthrow this oppressive feminist system.”

TRP actually finds great fault with Rodger’s mentality, but not for the reasons you might. The problem isn’t that Rodger saw women as objects, but that he “pedestaled pussy to an extreme degree.” Rodger’s evident mental illness and delusional attitude weren’t to blame: It’s the lack of cheap, available brothels.

I wish I could say The Red Pill subreddit works as a containment strategy for Reddit, which becomes increasingly sprawling each hour. If only the TRP mentality kept itself in that one location, quarantined from the healthier sections of Reddit. But Reddit’s sexism problem runs far outside TRP, and quickly finds its way into other subreddits.

Reddit, however, is not some ethereal plane of existence thriving on anonymity and curiosity. It’s a Conde Nast-owned entity, one that has made leaps towards mainstream success in the last two years. Its wildly popular AMA feature is now as common a stop on the publicity circuit as The Tonight Show. Frequently more niche and obscene subreddits have been pulled from the default front page (meaning the subreddits you see if you don’t login), including /rAdviceAnimals and /r/WTF (though past subscribers keep those subreddits plentifully populated).

But if Reddit–which has never turned a profit—hopes to play in the big leagues, they’ll need to play by the big league’s rules. Facebook, Twitter, Tumblr, and other social media sites have rules in place to prevent hate groups, and Reddit can do the same. Precedent comes in last summer’s ban of /r/n***ers, a diplomatic end to a ugly pox on their servers (though you are free to visit /r/WhiteRights).

Call it censorship if you like: Reddit is a private entity and can make its own decisions about what you post there, in much the same way Facebook and Twitter can. It is time for Reddit, Inc. to abandon its beginnings as a secret hideout riding the rails of second-tier traffic and minor obscurity. At 730 million unique visits last year alone, it becomes a little harder to play the straight-laced cousin to 4chan’s manic prankster mentality.

Once more, Reddit holds immense influence with the same impressionable young men set to become boyfriends, husbands, and fathers. Men age 18 to 29 are by far the site’s heaviest demographic, and Reddit’s very nature as a community creates vast loyalty. Hosting such poison as TRP allows the dangerous mentality present there to infect its largest audience.

While the damage done to women within this “manosphere” is blatantly abhorrent, the danger such communities pose for lost and confused young men is also immense.

It is impossible to say whether Elliot Rodger ever visited TRP or sites like it (and even more absurd to attach the community to his violent acts), but his worldview screams of the same self-aggrandizement thousands of men are currently being hypnotized by within Reddit’s thicket of communities. It is a cult of ego as harmful to the women it targets as it is to the men who preach it, and Reddit could bring it down tomorrow. If Reddit is to be the hangout for nerds, Presidents, and rock stars it aims to be, it cannot be host to such dangerous propaganda.