This is what happens when you write about millennials

TIME wrote about millennials today. Did you read it? Probably not, because it’s behind a paywall, and come on. Joel Stein, who routinely brought the lulz to TIME a decade ago, put together generalizations that would’ve been topical and funny in 2007: Millennials are lazy mooches who hide in their mothers’ beds instead of finding jobs, blah blah blah. Have fun reading it, olds. What’s really important is that the millennial-run Internet took the prompt and chewed it up and spat it out into something absurd.

Veronica De Souza’s TIME Millennials Tumblr sums it all up. 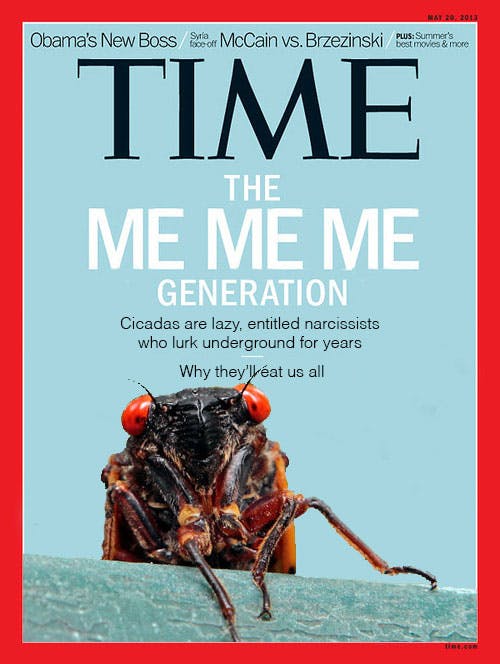 Thanks for the fun day, Internet. See you next week.