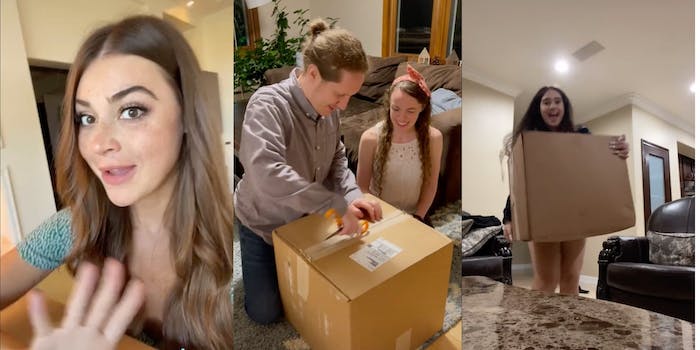 ‘You get absolute crap’: TikTokers warn against buying WiBargain boxes—unless you’re an influencer

'These boxes aren’t that amazing they only do this for the influencers.'

TikTokers are showing the difference between the WiBargain boxes sent to influencers versus non-influencers.

WiBargain, a liquidation company that sells mystery return boxes from Amazon and Target, allegedly sends influencers their boxes faster and with nicer items.

TikTok user @its_timmie posted her WiBargain haul, calling the deal a “total scam” unless you’re an influencer. Among other things, she got a handful of children’s toys and a used coffee grinder that apparently still had grinds in it.

“You get absolute crap,” she said in the video.

User @d_shaba was excited to open her WiBargain box but found an obscene number of Yoobi binder zip cases and several pairs of the same color flip-flops. She paid $113 for the box.

@d_shaba has a large following on TikTok, but the post did not appear to be sponsored.

Rachel McHibbarrd, known as @rachbow1 on TikTok, posted her first WiBargain haul in April when she had only a few followers. The box was filled with a random assortment of items, including an extension cord she was happy to receive, several model “wood houses,” and a plastic blue ball that seemed less useful.

McHibbard posted a second haul once she had 37,000 followers on TikTok. This time, she got a $125 box versus the previous $116, but she only had to wait a week instead of the typical month for the package to arrive. It’s unclear if she paid for the box or was sent a free one, as the post included an affiliate code that indicated they had partnered with the company for the video.

After unpacking the box and adding up the items’ overall value of $548, McHibbard decided that the “influencer box” wasn’t necessarily better than the first, ordinary box she received. Some of the items were more expensive, though, including an electric skillet, a guitar pedal, and headphones.

Sponsored influencer Zoe Roe, known as @zozoroe to her 4.5 million followers on TikTok, posted the box she was sent while at the WiBargain influencer event. She received a variety of appliances, including a hair dryer, massage gun, food processor, curling iron, French press, and more.

Her enthusiastic advice was to “Go get one.”

“These boxes aren’t that amazing they only do this for the influencers,” one user warned in the comments.

Based on the average haul, consumers on TikTok and the Better Business Bureau website suggest that it may not be worth risking over $100 on a box of random returns—unless you receive a sponsored package.

The Daily Dot reached out to WiBargain for comment.