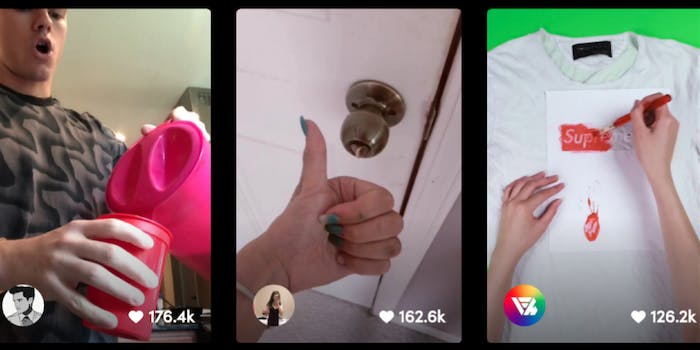 They'll do anything for clout.

Clout is a foundational aspect of the online experience. On TikTok, it’s aspirational, too.

While clout can refer to follower count, influencer status, or a more extravagant way of living (or a pair of sunglasses popularized by Kurt Cobain), TikTok users are opening up the interpretation with #FakeClout. There are tutorials for things like nose rings, designer shirts, and AirPods.

There’s the clout that comes with building something intricate and time-consuming.

There’s the clout that comes with birth.

There are meditations on TikTok’s clout hierarchy.

Even Donald Ducc is on it.

There’s also a subgenre in which Offset’s single “Clout” is used to soundtrack videos where users are apparently discovering that Taco Bell’s Cinnamon Twists are actually pasta. It’s an internet rumor that’s been circulating for more than a decade, and now it’s made its way into TikTok clout culture.