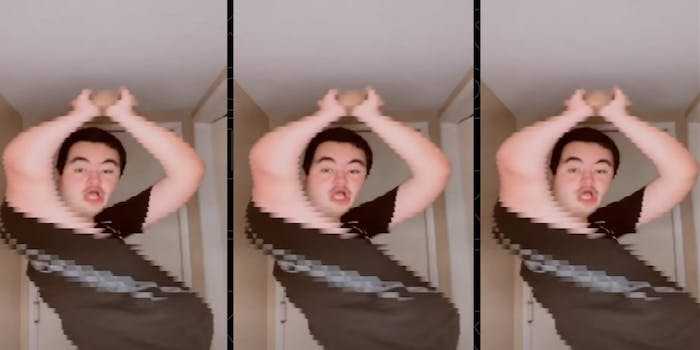 Let's do the time warp again.

Time can’t really be quantified on TikTok, but it can be warped.

The app’s Time Warp effect was released last month and turns people into swirling, alien masses. You know, like they’re in a time warp. Or a human air dancer. It’s also been labeled the Noodle Dance.

As pointed out by Know Your Meme, the effect is a little trippier when used on animals. These cats and dogs actually seem to be time-warping (and shape-shifting).

A lot of the time warp clips feature Redbone’s “Come and Get Your Love,” made popular again by the Guardians of the Galaxy soundtrack. But that didn’t stop users from tackling more pressing subjects.