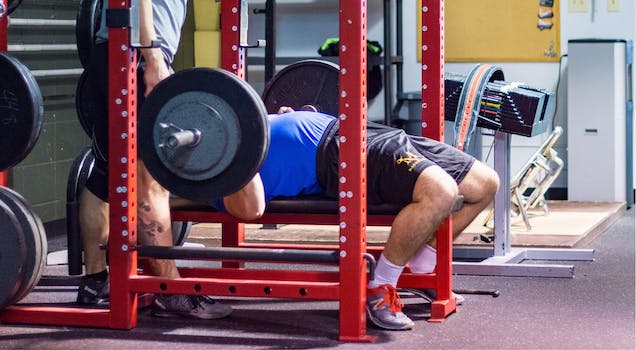 Don't check Snapchat while you're spotting your gym buddy.

This one ends in gruesome injury, and all because a dumb guy got distracted by a sexy Snapchat.

There’s no way I can tell this tale of betrayal among gym bros, a tale of “getting swole” and “going ham” more authentically than the bro himself, so here are the relevant details in his own words:

So last night, my gym partner and I decided to go on a late gym run to get SWOLE. I also recently met this beautiful girl on tinder & we’ve been snapchatting each other as if it was our full time job! She’s freaking gorgeous.

So my gym partner and I decide to go full hulk and bench press as much as we can. On his final set of 275lb bench press, I get a snap from the Tinder girl and it’s a video! As I opened up the snapchat, my gym partner asked if I’m all ready to spot him but without thinking, I said yes.. Now here is where I royally fuck up.

As he counts down to start benching, I open up the snapchat & it’s a video of the girl with NSFW content, suggesting that we should hit it up tonight. I was completely focused on the 10 second video until I heard a thud and a gag for help… My gym partner lost control of the bench which landed on his throat..I immediately dropped my phone and tried to help lift the bar. People around us saw what was happening and everyone rushed to help as well..

Unfortunately, my gym partner started to cough up blood & it got pretty bad..

Pretty bad, indeed. In a later update, the highly distractible gym rat outlined the extent of the damage to his good friend’s throat area:

A piece of his larynx was damaged & had a minor fracture in his voice box? Couldn’t really understand everything that the doctor said but my friend will survive and insurance will cover majority of the costs.

Luckily, the wounded lifter’s family, with whom our narrator is close, decided not to sue him over what appears to be negligent spotting. And hey, at least he’s still got a future with the Snapchat girl to look forward to.

“I also forgot to respond to the girl so looks like I’m done with her,” he added.

Could be worse. He could have been the one going through six hours of surgery after having his throat crushed by nearly 300 pounds of metal.

As always, you’ve got to take these TIFU stories with a grain of salt—many of them are fabricated, and they’re practically impossible to verify. This one strikes me as authentic, though: It’s hard to fake something this dumb in a tone this earnest. If he’s not actually a horrible gym spotter, he’s at least a talented wielder of the bro vernacular.