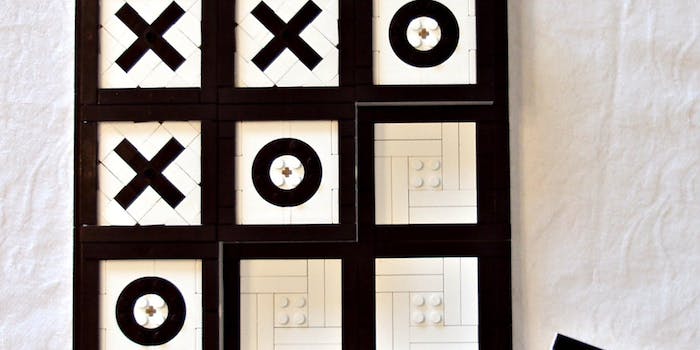 And you thought it was a game for kids.

When did you learn how to win or draw a game of tic-tac-toe? Third grade? First? Kindergarten? You’re lucky. Why? You learned how to play tic-tac-toe before you played it in front of 20,000 fans and the entire Internet.

Which is to say: You are neither Blake or Reed.

Basketball fans by those names were selected to play a game of tic-tac-toe between the third and fourth quarters of last night’s Western Conference Finals clash between the Houston Rockets and the Golden State Warriors. The added wrinkle: They had to make a basket between each move, increasing the odds the game would not end in a tie, the way EVERY GAME OF TIC-TAC-TOE PLAYED BETWEEN ADULTS SHOULD END.

Let’s see how it went down.

To my eyes, Blake is the far more egregious of the two players. He had two moves where he could have won and squandered both, each time running past the potential winning move. In comparison, Reed’s poor defensive tactics are just the sort of regular poor play any six- or seven-year-old might exhibit.