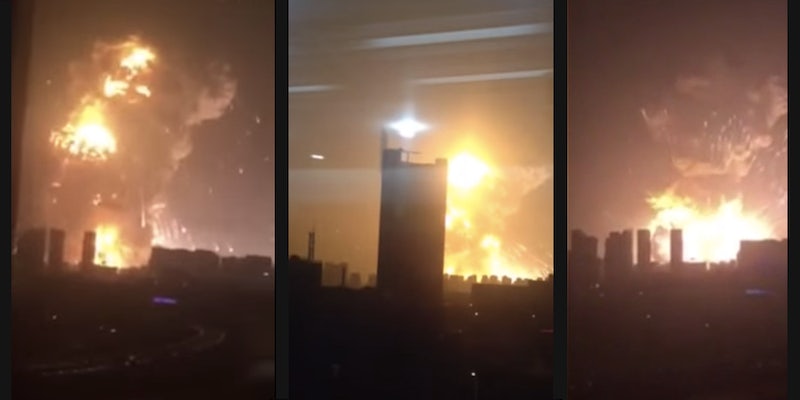 The immense fireball, captured by numerous witnesses on the Weibo, consumed the sky.

A massive explosion has left a major port in northeastern China in ruins and unnumbered people injured.

The immense fireball, captured by numerous witnesses on the microblogging site Weibo, consumed the sky above Tianjin late Wednesday night. It is believed to have originated on a container vessel hauling flammable goods, according to local reports.

The explosion occurred at 11:30pm local time (11:30pm ET), according to the official Xinhua news agency.

Hundreds of people are reported injured, although an exact figure is not currently known. At least 50 have been taken to hospitals, Xinhua reported, and at least two firefighters are missing. Several high-rise buildings are said to be without power and may be experiencing gas leaks.

Tianjin is located roughly 90 miles southeast of Beijing, and is a major port located on the East China Sea. Its population is approximately 7.5 million. 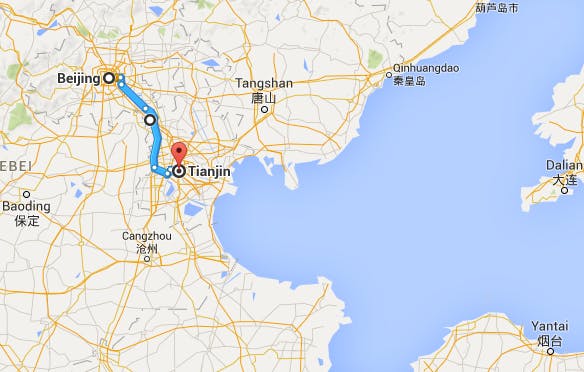 Update 8:20pm CT, Aug. 12: At least 13 fatalities have been reported so far, according to CCTV in China. Local authorities have yet to determine the explosion’s cause.

First responders were dispatched roughly 30 minutes before the explosion, officials said, to combat a warehouse fire at the Tianjin Container Port, which is known to handle the transport of hazardous material.

The Tianjin explosion was so large it registered on the Japanese weather satellite Himawari 8. Images depicting the explosion in infrared were discovered by Andy Carvin at the media reporting site reported.ly.

The article will be updated as the situation develops.