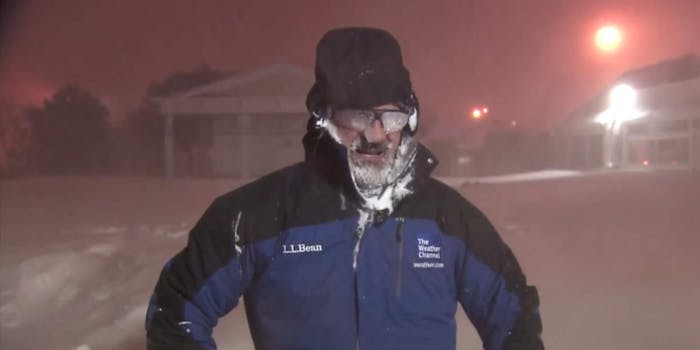 Boston’s received a historic pile of snow this winter, putting residents in a tough place.

But Weather Channel meteorologist Jim Cantore isn’t concerned with any of that. Instead, he’s basking in the glow of thundersnow. And he’s really excited about it.

The fourth one sent him over the edge.

By number six, he’s saying, “This is Chicago all over again,” reminiscing about his past weather fiascos.

The Super Bowl was boring. I just want to watch violent storms with an ecstatic weatherman.

Screengrab via The Weather Channel/YouTube