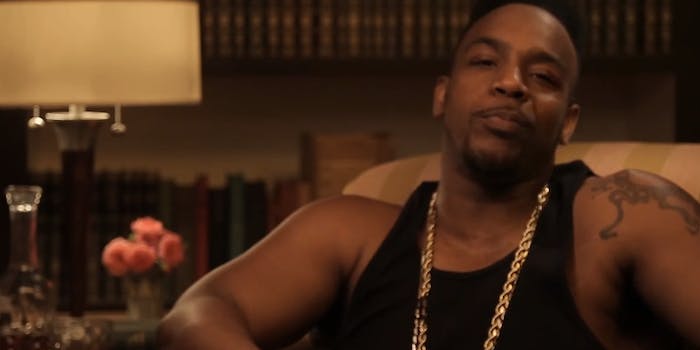 You really can’t judge this book by its cover.

When SparkNotes is too boring and reading takes too long, try Thug Notes. Thug Notes is a popular new YouTube series in which a fellow named Sparky Sweet tells you everything you need to know about classic literature.

Sweet, in a do-rag and chains, calls Scout from To Kill a Mockingbird “my homegirl” and Jay Gatsby a “rich-ass cracker.” Then he offers winning analyses of the motifs, themes, and deeper meaning. You could lift anything he says, repeat it in a high school English class, and look damn smart doing it.

Not only is the show informative, it’s also hilarious and well-acted. In between bits of thugged-out realness, there are morsels of usable insight into classic literature like The Great Gatsby, Crime and Punishment, and To Kill a Mockingbird.

You really can’t judge this book by its cover.

There are only three episodes so far, but as many of the commenters noted, the show is poised to become a huge hit.

A classic, if you will.