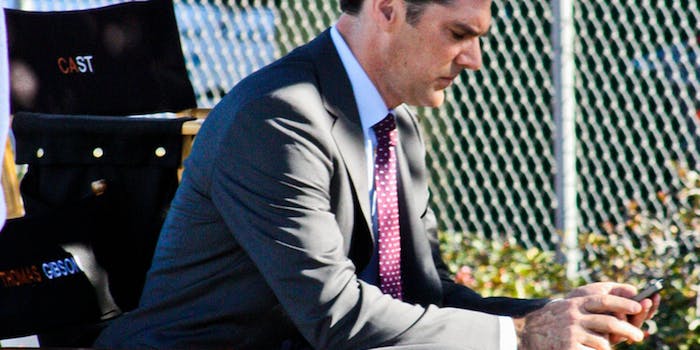 ‘Dharma & Greg’ actor got catfished, and TMZ got his sexy hot tub video

TV stars—they’re just like us! In that they are sad, lonely people susceptible to catfishing and other online scams.

TV stars—they’re just like us! In that they are sad, lonely people susceptible to catfishing and other online scams.

Seriously, where were Nev and Max when we needed them? Gibson, who is married with children (he mentions in the video that they’re playing Xbox downstairs and yelling at each other, which helps to explain his seclusion) had to figure out the hoax for himself. He then made his biggest mistake of all—sending his two-year paramour a letter, through his lawyers, instructing her to cut off all contact.

Naturally, the as yet unnamed woman ran to TMZ with the most damning material she had, namely the hot tub messages, which really aren’t too shocking: “Yes, I have clothes on,” Gibson remarks at one point, also showing off his water gun (“FBI agents have to be prepared at all times”) and describing the jacuzzi light as “blue, which is why everything appears bluish in the water.” Overall he just seems exhausted and at a loss for something interesting to say.

He eventually returned, and had this to say about the leaked video:

@tamprej Spliced bunch of lies. And no one’s business.

So! The next time you imagine how much easier life would be as a fairly successful and recognizable celebrity in the entertainment complex, consider that even their illicit affairs can be shockingly dull, bereft of feeling, and coldly transactional. Feel better? Yeah, me neither.