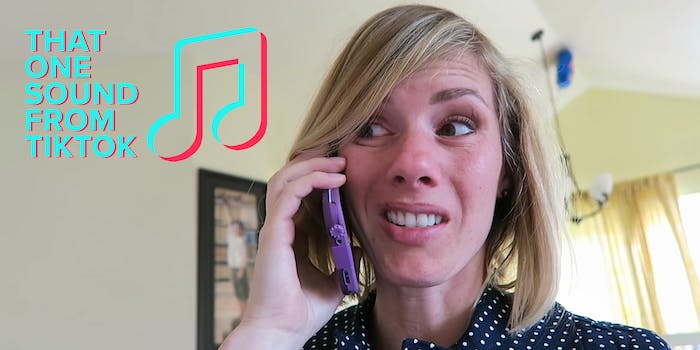 A 2017 clip from a controversial YouTube channel is making the rounds again.

This week’s sound is one I hadn’t heard before on TikTok, but the person behind it has something of a following on the app, for better or worse. The sound has also inadvertently become a refrain for the soul-crushing cost of living these days.

On April 20, the account @prestonisoverparty posted a clip that uses the audio in tandem with the caption “POV: you pick out a shirt in urban outfitters and check the price tag.” The TikTok has more than 3 million views, and the sound has been used in more than 78,000 videos.

Others applied the sound to the cost of movie theater concessions, rent, and healthcare. Some considered the mental cost of the MCU.

@cxridtp it was so bad for me.. my as went on youtube too to watch smosh wtf #THIRTYTHOUSAND?! #supershockedsadwhitemom #30000 #prepaidphones #old #cxridtp ♬ Not me starting a TikTok trend purrrrr – Preston is over party💕

Professional tennis player Coco Gauff used the audio to reveal how steep the fines are for breaking a racket on the court. (Apparently, $7,000.)

♬ Not me starting a TikTok trend purrrrr – Preston is over party💕

The audio is from a 2017 video by family YouTube channel 8 Passengers. In the clip, matriarch Ruby Franke is assessing smoke damage to their kitchen; once she receives a quote from her insurance company, she gets emotional before saying the amount out loud: “$30,000?” The song “The Slow Train” by Finn’s Fandango makes the clip even more dramatic.

The channel 8 Passengers, which documents the life of the Frankes and their six kids, is fairly popular; it still has more than 2.3 million subscribers. But Ruby and her husband Kevin became a source of controversy in 2020, after their teenage son said in a video that he’d been sleeping on a bean bag for seven months, as punishment for playing pranks on his brother.

This caused concern among TikTokers and YouTube drama channels, which led to a flood of content purporting to “expose” the family, or alleging neglect and abuse. Child Protective Services reportedly showed up at the Franke home in Springville, Utah, after a Change.org petition demanding an investigation circulated.

There are still multiple accounts on TikTok devoted to critiquing decontextualized clips from the 8 Passengers channel, and Ruby specifically. The #8passengers tag has more than 777 million views. Same goes for YouTube, where drama channels are still putting out videos about the family.

Last summer, when allegations against the Frankes were still circulating, the same “30,000” audio was used, though in a slightly different context.