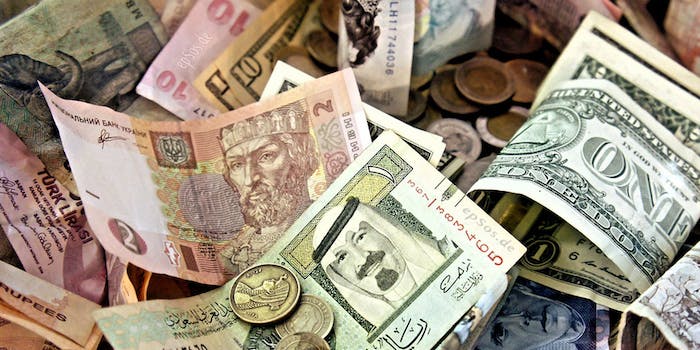 As those who are doing the #livethewage challenge are finding out, understanding what living on minimum wage is actually like can be a bit hard—it’s like trying to track down something ephemeral for those who’ve never labored in minimum wage jobs. Even for those of us who have, putting something solid to the numbers can be hard to do, and understanding it in real terms is a bit harder than a WikiHow.

We know it’s low, but how low? What can you actually afford on that wage, and why are so many people upset about the fact that it’s not keeping pace with inflation, as it ought to do?

Consider this: If you are working 40 hours a week at the federal minimum wage of $7.25, you are earning $290 each week—or $15,080 every year. That’s assuming that you work every single day of the week, with no sick days or vacations. You are also not making a wait wage, which can be as low as $2.13 an hour. After paying your $1,815 in Federal taxes (we’re going to assume you’re single for the purpose of this experiment), you’re left with $13,265. State taxes may vary, but remember to pay those, too.

What does that actually translate to, in real-world terms?

San Francisco has become one of the most expensive cities in the nation, thanks to the resurgence of the tech industry. In August, the median rental price for a one bedroom was $3,120. Living in the coveted Financial District and up-and-coming SOMA will cost you even more—upwards of $3,300 every month. The housing crunch is the result of a combination of factors including restrictions on development, a growing population, and willingness to pay on the part of wealthy techies. Incidentally, the minimum wage in San Francisco is $10.74 an hour, making weekly take-home pay pre-taxes $429.60—still a long way from renting your own place.

You’re going to need to borrow a little cash from a friend, but the Kia Rio’s starting MSRP is $13,900. Good thing it ranks No. 9 in the U.S. News ranking of affordable small cars, since you won’t be buying a new vehicle any time soon after laying it all out on the table for your Rio. The gas mileage is pretty good, though.

3) A year’s tuition at Berkeley

Good news! If you can live on air, never buy books, and not need a place to live, you can totally go to Berkeley! You’ll even have a little cash left over for going to the movies with your friends—a year’s in-state tuition and fees amounts to $12,972. Don’t spend it all in one place.

The combined expense of having a nanny, housekeeper, and baby nurse for a year will run you around $96,261. That breaks down to roughly $8,000 per month for paying your household staff, and that’s before tipping (please, tip your housekeeper). Enjoy it for the six weeks you can afford it.

The most expensive marina berth in the world can be found on the admittedly quite beautiful island of Capri. You’ll be spending a cool $3,344 per day to berth there, so be sure to make it last. Also, you’ll need to provide your own yacht—depending on whether you charter a yacht with a crew, and the overall size, you could be looking at anywhere from five to six digits for the expense.

6) 1,179 servings of pad thai from my favorite Thai establishment

I’m pretty serious about Viraporn’s, and I’m pretty serious about my pad thai. Let me explain why hers is superior to all others: It’s a nice, dry fry, and when you say spicy, she makes it spicy. Too often, I am disappointed by pad thai because it’s sloppy, gooey, and oversweet, with not even a hint of spice, and an undertone of oilyness. The noodles are soft, and the whole effect is just really unpleasant. Viraporn’s pad thai uses nice, chewy noodles, intense flavor, and heat that will make you cry. So hey, you could have pad thai for every meal of the day for the next year!

The book, with marginalia by J.K. Rowling, sold at auction last year for a record $227,421 at Sothebys, making it the second most expensive Rowling book ever sold. Don’t worry, the auction was for charity—and yes, the buyer remains unidentified. Perhaps it was a safety measure to avoid hordes of Potter fans, or perhaps it was out of shame at the sheer extravagance of spending that much on a single book.

8) Three Macbook Pros with the works

15” screen with retina display? One terabyte of storage? Software suite of media processing programs? Full support services? That’ll be around $4,226, please! Three Macbook Pros might seem like a lot, but think of all the fun you’ll have in your cardboard box in an alley somewhere (good thing they have a lot of battery, or you’d really be in trouble).

Yes, that’s a million dollar mani. That seems a little over the top, but remember, it’s made by crushing diamonds into the base used for the polish. And hey, you can always auction the bottle to charity after you’re done with it—though if you’ve been working for 75 years to buy it, you might not be feeling very charitable.

10) A one-way, first-class trip to Sydney

Qantas, Australia’s national airline, has a deal for you: Fly Down Under in glorious style, enjoying amenities that include a full bed (with bedding), luxury dining (yes, there are sommeliers), and a comfort kit including skincare products, toothpaste, and other in-flight needs. Of course, once you get off the plane, you may be deported, as Customs tends to get antsy about people who don’t demonstrate that they have the ability to pay their way home. And, trust me, deported fliers go back in the cheap seats.

The cat, that is—a crossbreed between the serval and the domestic cat. Depending on the breeder, you could pay up to $35,000 for one of these babies, but discount versions are available too. Savannahs, incidentally, are larger than your average housecat, and they need a lot more space, with ample stimulation and room to run. If you’re willing to settle for a used version, you can hit up a Savannah rescue organization.

If you’re curious about what’s going to spark global #classwar, it looks like you have a range of options to choose from.