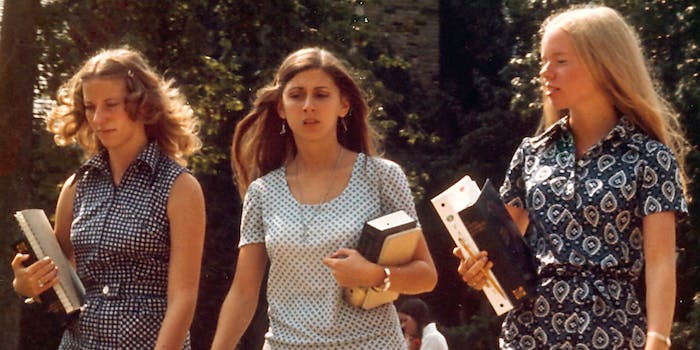 10 things the Internet told me about my rape

On Friday, I wrote about my rape. I can’t believe the response I got.

Thank you so much to everyone who has read, liked, and shared it. In just three days, it has had over 18,000 hits?—?not including those on sites which have republished it.

There are a few things I would like to clarify:

1) My case is in no way related to Ben Sullivan’s, in spite of the impressions of some readers.

2) To those who blamed my “upper class, Oxford-educated” background: I went to a state school in a deprived area.

3) Some people said if I was drunk, I couldn’t identify my attacker. The guy was a friend of a friend. I had previously been aware of his existence but had never had a conversation with him until hours before he raped me.

Although the majority of responses to the piece were very positive, many weren’t.

I have a few personal favorites.

“Rapists have a defective gene, [so] keep your wits about you” was definitely high up there; others I could make little sense of. I am still trying, to no avail, to understand one user’s recommendation I should sue myself because I was drunk when attacked.

Some commenters informed me I should expect no less at a mixed-sex university. “It’s so obvious what the outcome of going to a co-ed college [is] that I don’t even know why people are calling this rape,” said one. “She shouldn’t have gone to college with men if she didn’t want to get raped,” said another. Yes, that’s verbatim. These are as offensive to men as to me.

The rest focused on themes like my age, my university, and what I should be allowed to do as a woman. I have compiled a list of them below.

My favorite remains one person’s statement that being “full of the upper crust,” I felt I was “entitled to everything” (not being raped, for example).

I’m not sure what “full of the upper crust” means, but I love it. Perhaps it could be Oxford University’s new motto.

I notice a lot of these comments stress my youth: I’m a “girl” or “young lady,” but not a “woman.” The implication: If I’m young I’m also foolish, and if I’m foolish I’m not worth listening to.

Rape isn’t exclusive to Oxford. I wrote about Oxford because that’s where I am, but it happens everywhere.

Nonetheless, rape happens at Oxford. I’ve heard lots of stories similar to mine from people assaulted there. Despite how the Sullivan case was covered, being Oxford-educated, gifted, or a public school alumnus does not in itself mean you cannot rape.

Firstly, it does not logically follow that if I was drunk, he was equally drunk. I provided absolutely no reason to conclude he was as inebriated as I was.

Secondly, even if he had been, it’s not an excuse for rape. As blogger James Croft said, “If you are the sort of person who might, when they drink, get so drunk that you are unsure as to whether you have been given consent to have sex with someone…don’t drink.”

At most, we may have drunk the same amount. But even if we did, I was unconscious; he was fully capable of walking, talking, and raping.

4) “You have no evidence sex happened!”

On top of. Not next to. On top of. And I saw him?—?was my description not graphic enough?

I remember waking up during the night and seeing him on top of me, my trousers around my ankles and my shirt still on. I pulled away and heard him mutter, ‘Oh no, it fell out’ to himself, at which point I blacked out again. I assume he continued to rape me.

I know he had sex with me because of the two used condoms on the floor, because of my one memory during the night, and because I wasn’t capable of walking without being in pain for a week. It hurt.

Had the police cared enough they could have acquired DNA, but the woman told them to return the clothes, bedsheets and used condoms I had given them. These all provided incontrovertible evidence that the guy had sex with me.

Also: the fact he bragged about it.

5) “Maybe you consented and forgot?”

Read my article and you’ll see that there was plenty of evidence to show how drunk I was: photos and videos, half a dozen witnesses, and potential medical evidence if police doctors had examined me.

If you’re unconscious or extremely inebriated, you cannot consent to sex. The CPS says as much, as does the Sexual Offences Act. Why is this so hard for some people to understand?

The implication women should be encouraged to behave a certain way and that rape is a form of teaching them how is disgusting. Being raped is not a mistake the victim makes, and it is not something they need to learn from. That suggests whatever they were doing previously was the wrong way to behave and that the rapist has taught them the right way.

Nor is rape a natural hazard women should be wary of. Rapists are responsible for their actions and capable of changing them.

Women in this situation should not blame themselves. They should blame the rapist.

7) “If you hadn’t been drunk, you wouldn’t have been raped!”

A large amount of heavy drinking at universities is done by men. How often are they sexually assaulted when they’re as drunk as I was, and why should I expect less?

I shouldn’t have to justify why I got drunk that night, so I’m not going to. What I will say is this: I was not on the street, nor a bar, nor a nightclub. I was in my house. In fact, I was in my bedroom. And when I was raped, I was in my bed. Surely your own bedroom should be a safe place to get drunk without being raped?

That doesn’t mean telling me to do so is reasonable.

8) “Women shouldn’t be allowed to drink!”

Yes, let’s all wear chastity belts, genuine vagina dentata, and while we’re at it, some anti-rape nail polish to match.

Of course, women shouldn’t be allowed to drink—in the same way that women shouldn’t be allowed to leave their houses at night, walk home alone, walk home with a group of men, walk home with a group of women, walk through isolated areas, walk through busy areas, get taxis on their own, have long hair, have their phones out, leave their phones at home, wear short skirts, wear low cut tops, or wear tight trousers. Or even go to the bathroom on their own, apparently.

So, my being female and drinking is the same as walking around with £20 notes sticking out of my pockets?

Asking somebody to lock their house when they go out does not stop them going about their lives. Telling women that the only way to avoid rape is also to avoid drinking and socialising?—?even in their own bedrooms?—?is misogyny, especially since the same is not expected of men.

I saw this earlier. I think it sums my response up perfectly.