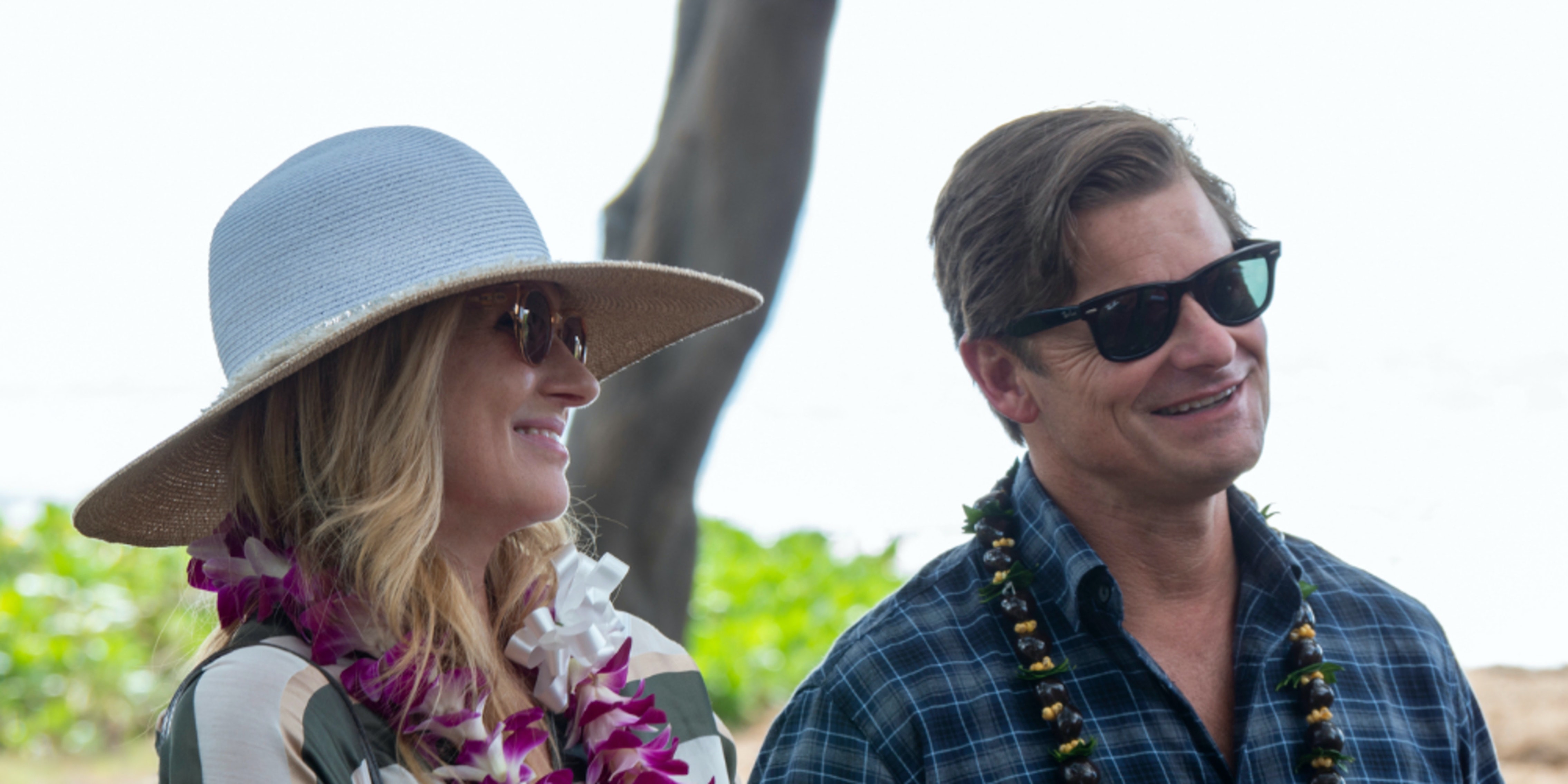 ‘The White Lotus’ turns a luxury resort into an existential void

The White Lotus, a new limited series from Mike White, gives us a lot of beautiful nature to take in: rolling waves, swaying palms, majestic turtles. And then there’s the human nature screaming over it, demanding an upgrade.

We learn, from the in media res opening, that something has gone wrong on a weeklong trip to a Hawaiian resort. A murder. But you mostly forget about that once the visitors start settling in and unpacking their neuroses.

This is Jennifer Coolidge’s show. Her character Tanya, the lone traveler, dominates even when she’s on the edges of a scene. She’s self-aware, admitting later on to spa manager Belinda (a quietly stunning Natasha Rothwell) that she always tries to control people with money. But she’s also in despair and looking for love in any form. An early session with Belinda sets the stage for their relationship, though the obvious power imbalance between guest and employee signals trouble.

White also plays with the imbalance between Shane and Armond (Murray Bartlett), the manager of the resort, as the two try to outwit each other over a perceived slight. Armond tells his employees in an early scene to be “generic” so the privileged guests feel comfortable, but he soon ignores his own advice.

We never see Armond leave the resort; he’s trapped in some Buñuel-esque loop, and soon we are too, following at his heels as breaks a long stretch of sobriety. Bartlett owns the character, perfectly balancing the accommodating smile with the rising bile.

The White Lotus once again airs on Sundays, like White’s previous HBO show Enlightened. You could certainly see Laura Dern’s Amy Jellicoe at the resort, maybe looking for that turtle, but this show is not part two. The characters are much less enlightened, and harder to root for. White, who directed and wrote all six episodes, points out the irony of mostly white, wealthy people taking in performances by local and indigenous staff, mostly through Paula, who falls for hotel employee Kai (Hawaiian actor Kekoa Kekumano) and starts resenting her host family.

The series starts to lose a little momentum towards the end, as the guests await their departure and epiphanies drift away in the wind. It also could have benefitted from focusing on the staff’s day-to-day a bit more. Did The White Lotus even need a murder plotline? Probably not, given all the material these characters offer. But maybe a story about rich people trapped on an island, forced to face themselves, could only end one way.

The White Lotus premieres on HBO Max on July 11 at 8pm CT.