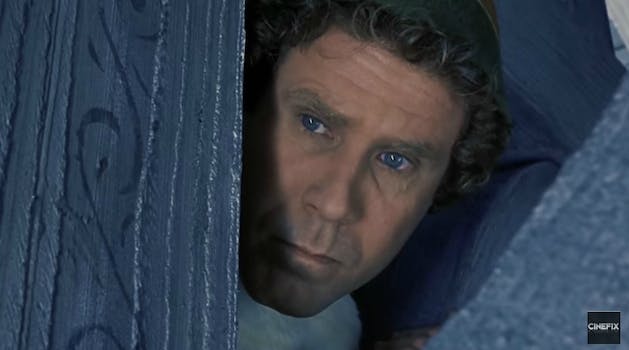 Buddy the Elf is positively spooky.

If you need some time away from the kids on Christmas day, you can always load up a nice holiday movie on the TV and let the children while away hours on the couch while you search for your sanity. But beware, some of those kid-friendly films are actually thrillers and/or horror flicks that are appropriate for only those who are old enough to drive a car.

Movies like The Santa Clause, the 1994 PG vehicle starring Tim Allen. Or Elf, the 2003 Will Ferrell comedy that also garnered a PG rating.

As you’ll find in the recut trailers below, those Christmas movies aren’t supposed to be comedies at all. No, they’re dark thrillers that will scare the crap out of you. After all, what can be more horrifying than a man who kills Santa Claus and an elf man-child who wants to smother his daddy?

Watch the two trailers below in horror.